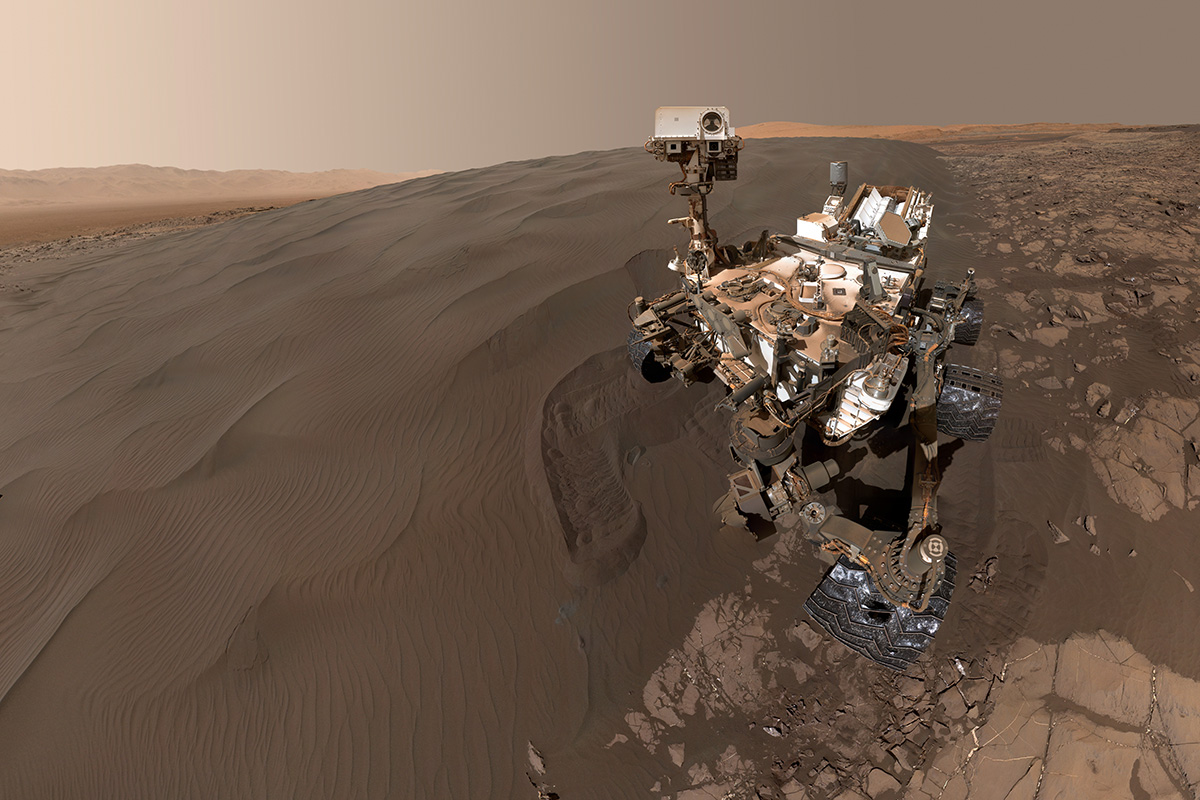 Scientists studying the Red Planet have focused their attention on the ice cliffs discovered with the help of space radars.

Scientists report that just below the surface, Mars is full of ice. New observations have shown that steep cliffs on the Red Planet also consist of thick layers of ice that can be able to tell us about the planet’s climate over the past millions of years.

Thanks to previous radar research, scientists have learned that ice is found in large quantities only under the dusty surface of Mars, but where exactly is concentrated in the Martian crust and how deep is still unclear.

Colin Dundas of the American Geological Survey in Flagstaff (Arizona, USA), together with his colleagues, studied the data of the Martian Reconnaissance Apparatus and found eight ice patches in the steep cliffs of Mars that formed when ice accumulated in these areas over a period of more than Martian surface. Erosion of the soil revealed these ice points. On the radar they are visible in blue. As scientists have found out, these ice clusters are at a depth of about 1 meter below the surface of the Red Planet.