Radiation May Deprive Astronauts of Memory on the Way to Mars 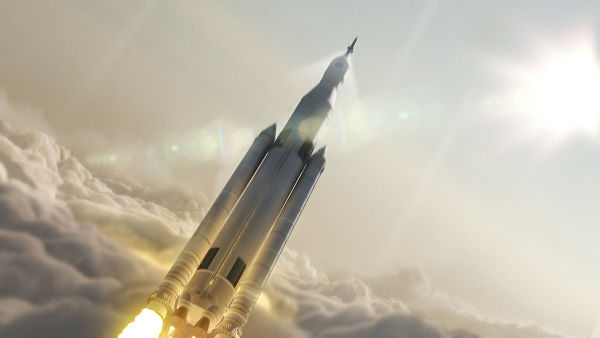 Long life in space on the way to Mars will make the crew more prone to panic attacks and amnesia due to the way cosmic rays affect the transmission of signals in their brain. This is written by scientists who published the results of experiments on mice in the journal eNeuro.

“We discovered very serious changes in the behavior of mice and the work of their brain that occurred six months later when they were irradiated with realistic doses of neutrons. We were the first to show that the implementation of NASA’s plans to travel to Mars will be associated with increased risk,” said Charles Limoli (Charles Limoli) from the University of California, Irvine (USA).

In recent years, doctors have been actively studying the consequences of a prolonged stay in space for the human body. Most of these studies were carried out either on board the American shuttles, or directly on the ISS, as well as on board a number of Russian biosatellites. Scientists have been able to uncover a number of threats to the health of future Martian colonists or deep space explorers.

Thus, experiments on Drosophila flies showed that a long life in zero gravity leads to a weakening of innate immunity and makes insects vulnerable to fungi, and also disrupts the readability of a number of genes. In addition, life in space accelerates bone marrow aging, within which new immune cells form, and prolonged bombardment of the brain with cosmic rays irreversibly reduces IQ.

Statements of this kind, researchers note, often cause a lot of controversy, since scientists are not observing the real effects of cosmic rays on the brain of humans or other mammals, but very powerful beams of heavy or light ions or other dispersed particles that mimic their effects.

Discussions are also fueled by the fact that different groups of experimenters often come to the opposite conclusions, using the same types of particles, but in different doses or irradiating animals in different ways. All this does not allow us to give an accurate assessment of exactly how radiation will affect the brain health of the ISS crew and future lunar or Martian colonists.

Limoli and his colleagues tried to eliminate these discrepancies by placing experimental animals in conditions as close as possible to those in which future Marsonauts would live on the way to the red planet and on the way back to Earth.

To do this, they calculated what types of cosmic rays will most strongly affect them, and created a special emitter based on radioactive California-252. The decay products of this unstable isotope turned out to be very similar to the particle stream that would “bombard” the body of astronauts and astronauts during a flight to Mars, including in composition and in terms of their effect on the human body and the skin of the ship.

For the most part, as in the case of real rays, they will consist of neutrons, one of the most poorly studied components of cosmic radiation. Recent experiments by Russian space physicians have shown that these particles can slow the formation of new cells in the brain of animals and affect their behavior if they are quickly irradiated with sufficiently large doses of neutrons.

American researchers have checked whether these anomalies will persist with a “natural” level of cosmic radiation. To do this, they acquired several dozen mice, put them in a cage, which their radiation generator “bombarded” continuously, and observed changes in their behavior for six months.

As it turned out, in this case, the work of the brain of mice, especially their hippocampus, the memory center, and the amygdala, the main “conductor” of emotions, has changed markedly. According to biologists, high-energy neutrons and high-energy photons not only suppressed the formation of new nerve cells, but also changed how existing neurons interacted with each other.

In particular, irradiation made the cells of the memory center less active and connected to each other, and also impaired their ability to form new connections with neighbors. Similar changes occurred in the amygdala and in the prefrontal cortex.

All these anomalies did not pass without a trace for mice – rodents began to appear memory lapses and they began to remember worse their familiar relatives, recognize new objects in the cage, look for a way out of the maze and solve other memory problems.

In addition, mice suddenly became “social phobia” and began to constantly avoid contact with any other rodents, and also constantly experienced bouts of depression, panic moods and other mental disorders. In particular, they less often left their nests, showed excessive caution and more slowly forgot about dangerous situations that had already been experienced.

Interestingly, severe violations of this kind did not occur in all rodents – on average, neutron irradiation seriously affected the hippocampus in every third mouse, and the amygdala in every fifth rodent. Similarly, according to researchers, they will influence people on the way to Mars.

All this, according to Limoli, suggests that humanity needs to understand how to protect astronauts and astronauts from the action of cosmic rays or suppress the effects that they generate before flying to Mars and other distant worlds of the solar system.