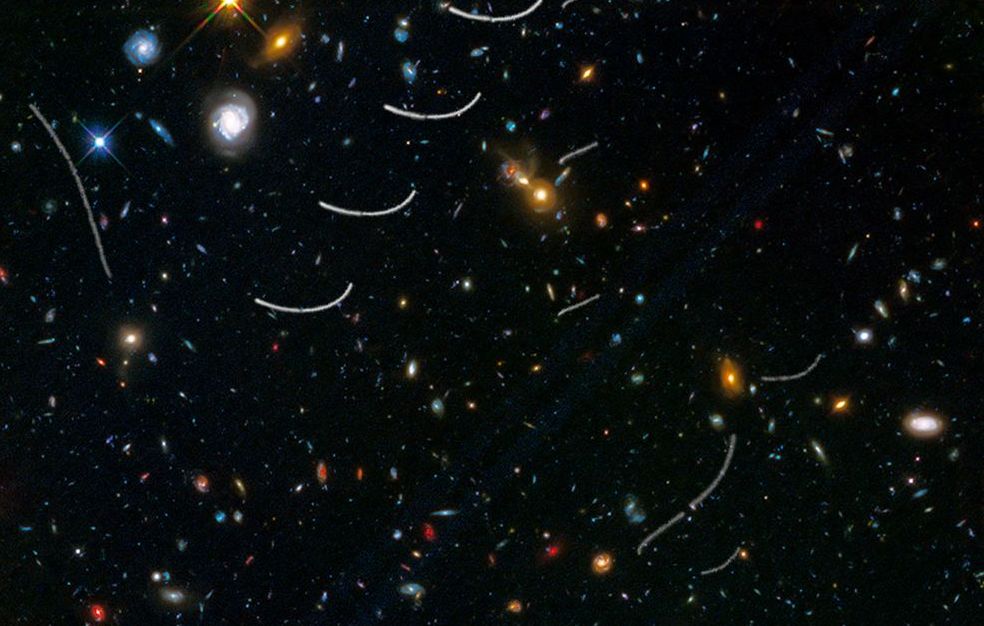 Some asteroids of our solar system periodically bombard outer space. This is clearly seen in the image presented below and made by the ultrasensitive cameras of the powerful Hubble Space Telescope. 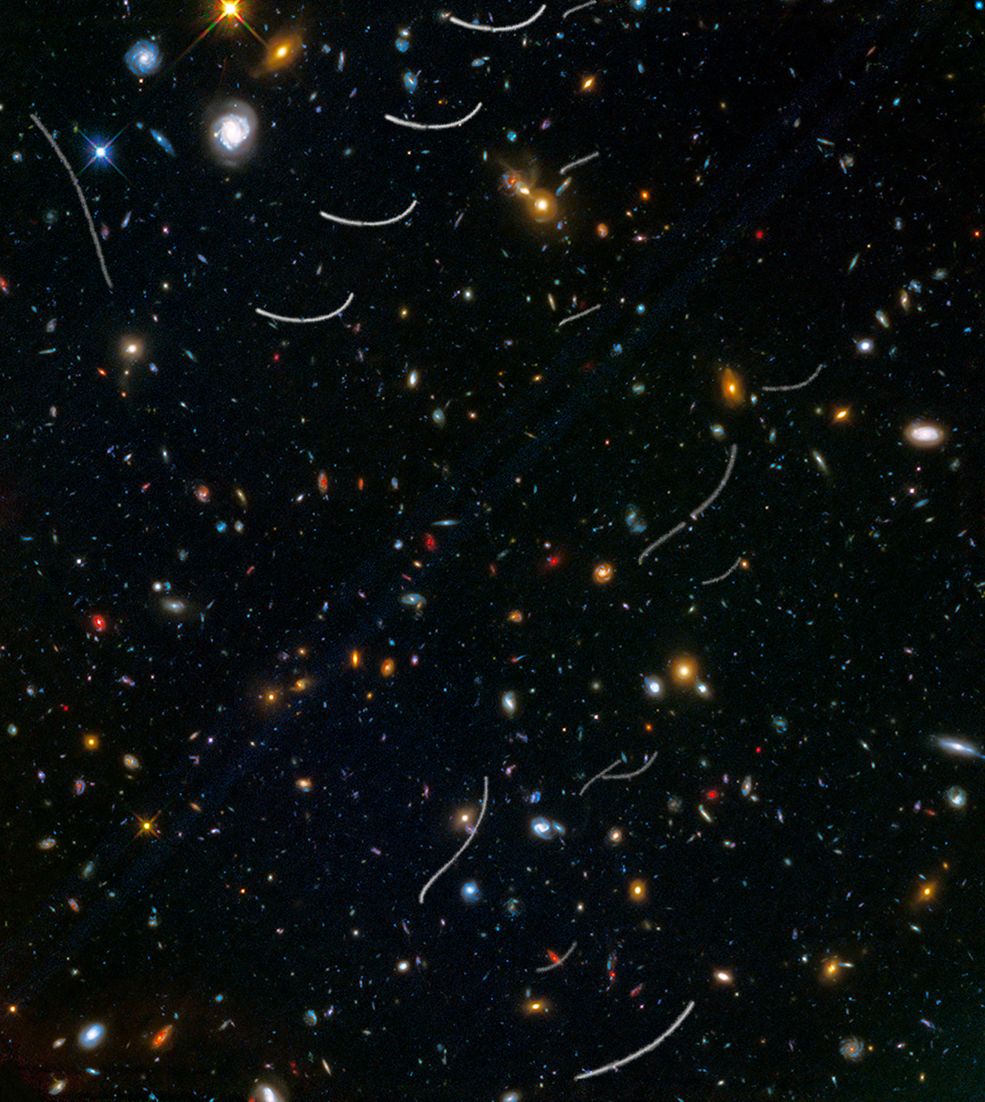 In the photo you can see asteroids, which live about 260 million kilometers from the Earth. It should be noted that according to astronomical standards this is not a very significant distance. However, flying through this space, asteroids meet with thousands of galaxies.

The image was submitted by the Hubble Orbiter Observatory. This photo essentially demonstrates a random section of the sky, which was called the “Border Regions”.

This colorful image contains thousands of galaxies, including large yellowish elliptical galaxies, as well as the majestic blue spirals of spiral galaxies.