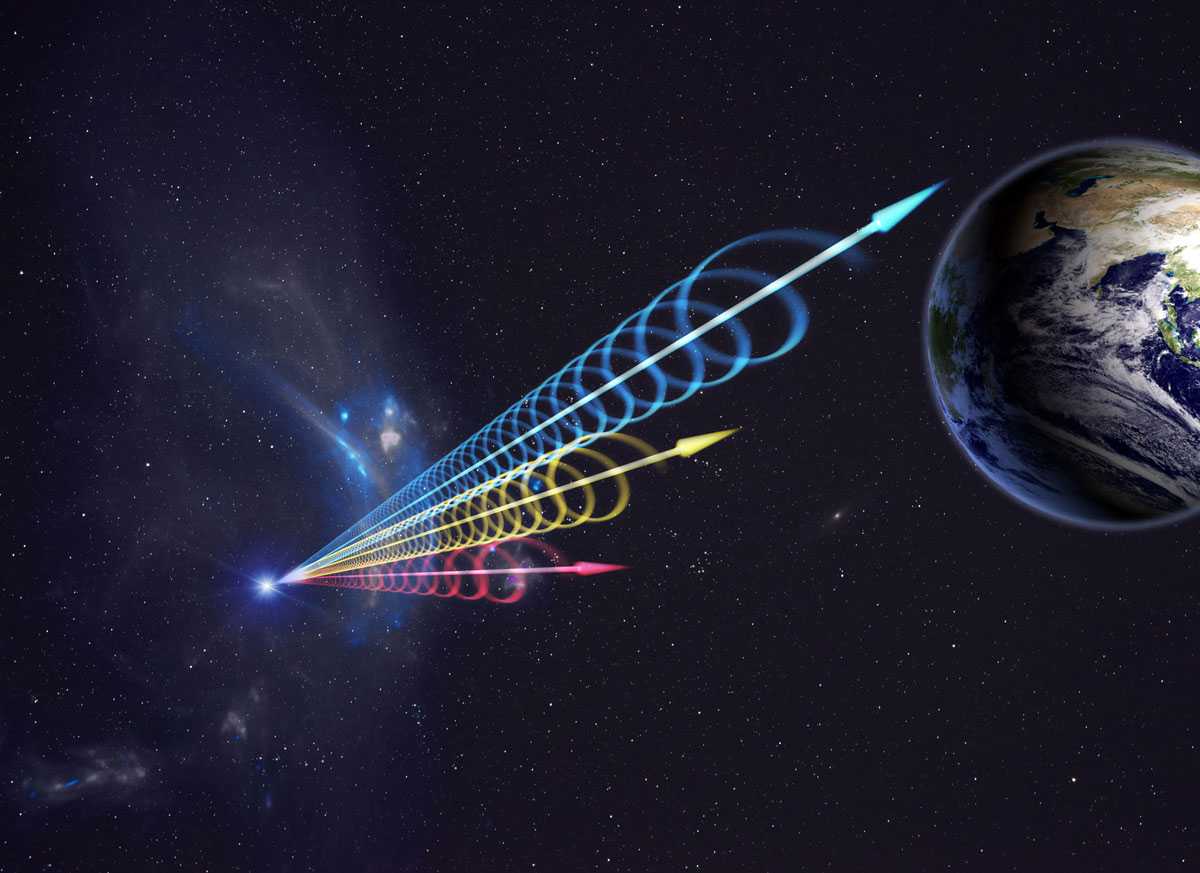 Fast radio bursts, whose nature remains unknown, managed to register with telescopes only a few times. Astronomers suggest catching their wider network with the help of thousands of ordinary people and their smartphones.

In 2007, astronomers were the first to record the sudden, short and incredibly powerful pulse, which for a few milliseconds thrown into space as much energy as the Sun gives off for a thousand years. Only after the most careful observations, scientists have confirmed that this quick burst (Fast Radio Bursts, FRB) was not an artifact of the instrument, not a mistake, and it had a cosmic origin. Subsequently was able to observe several of these strange events in new and archived data, but their nature remains unclear.

It is assumed that to create such an intense and short pulses can merge pairs of neutron stars or the death of the evaporated black hole far beyond the milky Way. A well-known astrophysicist, Harvard theorist AVI Loeb (Avi Loeb) said that the fast radio bursts are born after all the stars in our Galaxy. In any case, to complete the work scientists are lacking in observational data. Still known a little more than a dozen FRB, and the source of only some of them managed approximately localized.

Therefore, this article, published in the journal Monthly Notices of the Royal Astronomical Society, AVI Loeb and his Israeli colleague Dan Maoz (Maoz Dan) has proposed a new, “civil” approach to this problem. The fact that the previous bursts were observed at such wavelengths, which are smartphones and Wi-Fi connection. And if the user is equipped with a special mobile app, it may be able to follow the desired range, sending the data to the processing center, where special algorithms will be able to select the desired signal from noise.

“If FRB is born in our Galaxy, almost in our backyard, it will occur simultaneously across the planet, says Loeb. – If thousands of smartphones will register the baby at the same time, it will be a good sign that we found exactly the right event”. Justifying the possibility of using this approach, scientists propose to begin the development of distributed observing system FRB.

However, the expectation of this event may be delayed. Estimated Loeb and Moza, FRB within the milky Way occur every 30-1500 years. On the other hand, there is reason to believe that some of the FRB, begun, continued sometimes be repeated for tens or even hundreds of years. So it is quite possible that one such “active quick burst” is stored somewhere, and then we will register him soon enough.