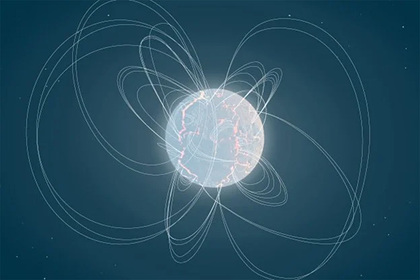 Astronomers have discovered a short burst of X-rays from a previously unknown magnetar in the Milky Way. Thus, the number of open space objects of this rare type can reach 25. This is reported by the Science Alert edition.

The flare was detected on June 3 near the galactic plane. Follow-up observations using the NASA Neutron Star Interior Composition Explorer (NICER) telescope and the Swift X-ray telescope identified the galactic coordinates of the source, and also revealed pulsations characteristic of a magnetar, a neutron star with an ultra-strong magnetic field (about a thousand times stronger than that of an ordinary neutron star ). To date, 24 magnetars have been confirmed and six candidates are known.

Magnetars are considered possible sources of fast radio bursts (FRBs). One of the neutron stars in the Milky Way is capable of emitting powerful radio signals that previously came from sources outside the galaxy. At the moment, the exact mechanism of FRB is unknown, however, it is possible that this phenomenon is associated with the stress of the outer layers of the star, arising from gravity and the magnetic field.