Received a picture of Ceres from the closest distance in history 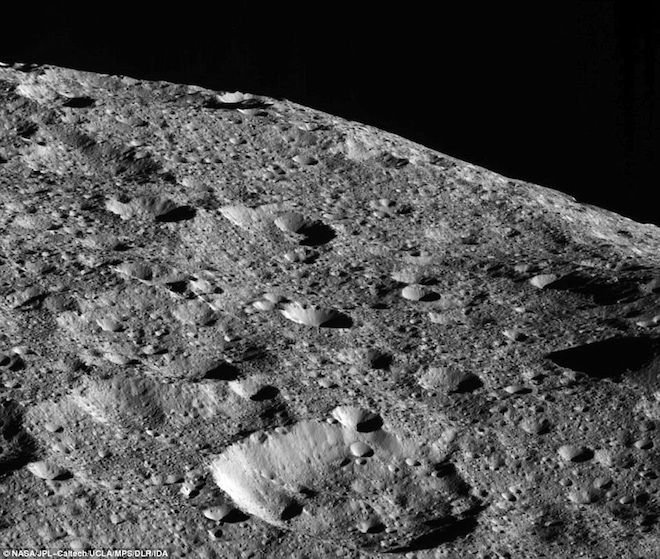 The largest object in the asteroid belt outside the Martian orbit – the dwarf planet Ceres – surprises scientists since it was discovered.

The NASA Dawn probe sent the closest sight to the object in history. The picture is all the more valuable because the device did not send new personnel for more than a year. In the photo there is an uneven landscape of Ceres with a relatively smooth surface. “This uneven terrain shows that there are ancient soils under it,” NASA writes.

The Dawn spacecraft sent many photographs of the limb – the visible edge of the disk – Ceres during its mission. “Such images offer an additional viewing angle, in addition to the usual viewing angle, which is obtained by shooting the space object from the top down from the spacecraft,” experts say.

“This example shows that the edge of Ceres’s disk is relatively smooth, as this large body is rounded off by its own gravity.”

The photos were taken when Dawn headed to its lowest orbit to study the only dwarf planet of the inner solar system.

In early June, Dawn will reach a new, final orbit over Ceres. Soon after, the probe will begin to study the dwarf planet from an unprecedented observation post. The device will be located at an altitude of less than 50 km above the surface of Ceres, which is 10 times closer to how far the probe approached the object earlier. Dawn will collect information in the X-ray and neutron spectra, which will help scientists to know the chemical composition of the uppermost layer of Ceres.