Red and yellow flashes of the southern aurora borealis 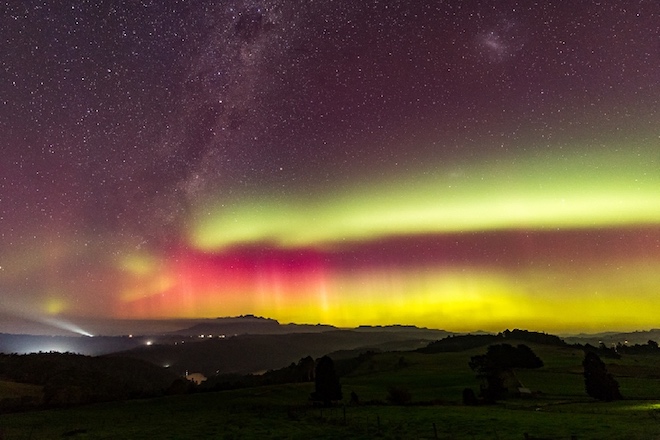 When the interplanetary shock wave reached the Earth’s magnetic field on April 19, the sky of the Northern Hemisphere illuminated the blue auroras. The southern sky also caught fire, but the palette was different. Peter Sayers took this picture of the sky, highlighted in red, green and yellow, near the town of Wilmot on Tasmania Island in Australia.

He said that the radiance could be observed with the naked eye for 1-2 hours. Sayers noted that he used the processing only to remove noise in the photo, but the color saturation in the picture was not changed and remained the same. Disasters of similar colors were observed in New Zealand, while observers in the Antarctic witnessed a radiance of green.

In the northern aurora, ionized nitrogen molecules prevailed, which led to a blue glow in the upper layers of the Earth’s atmosphere. Southern aurorae were associated with the excitation of oxygen atoms. Atoms of oxygen glow red and green when interacting with cosmic particles. Nevertheless, not everything is so simple – oxygen and nitrogen are present in abundance in both hemispheres, so why did something somewhere predominate? This remains a mystery.