Reflection of the Sun in the seas of the Titan 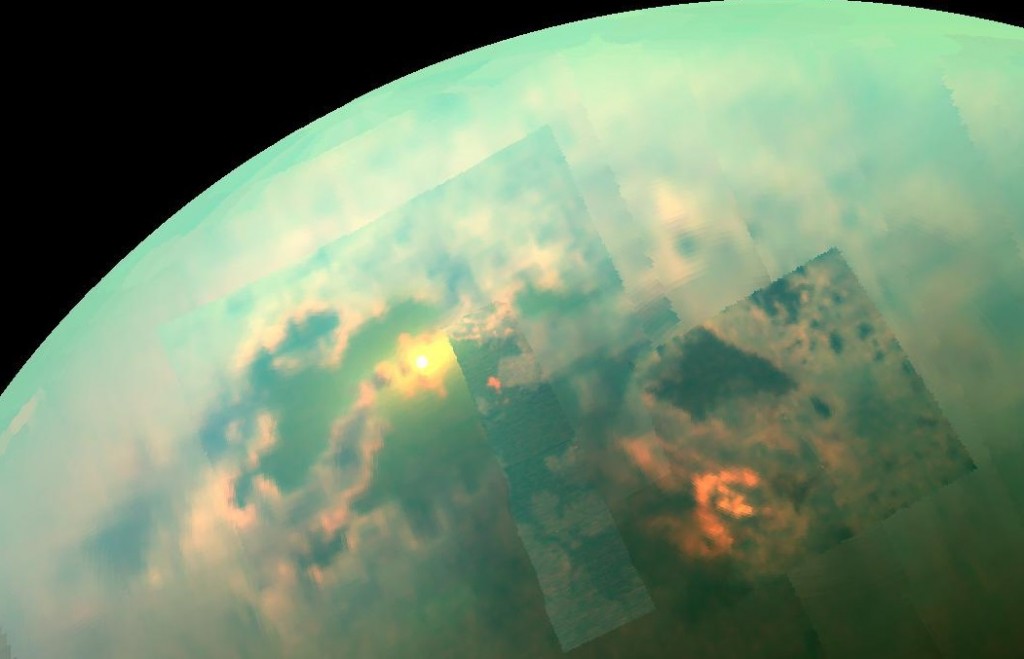 The mosaic image of the Titan shows as sunshine make the way through the seas of the largest satellite of the planet of our Solar System, the second for the size.

First of all, It should be noted that Titanium is the natural satellite of Saturn, quite difficult for studying, because of his incredibly thick and foggy atmosphere.

However, when astronomers nevertheless managed to glance for a dense haze of clouds of the Titan, they have opened for themselves surprising things and the intriguing features of the huge satellite of Saturn. First, there was indisputable a fact that Titanium is the only celestial body in our Solar System (except for Earth) which has a cycle of gas exchange of liquid between a surface and the atmosphere.

The previous photos of the Cassini spacecraft (NASA) which investigates Saturn and its satellites have shown that on the titan there are abrupt canyons in the northern polar region, similar to canyons on Earth. Through these canyons proceeded, and in certain cases the rivers of liquid methane and ethane still flew.