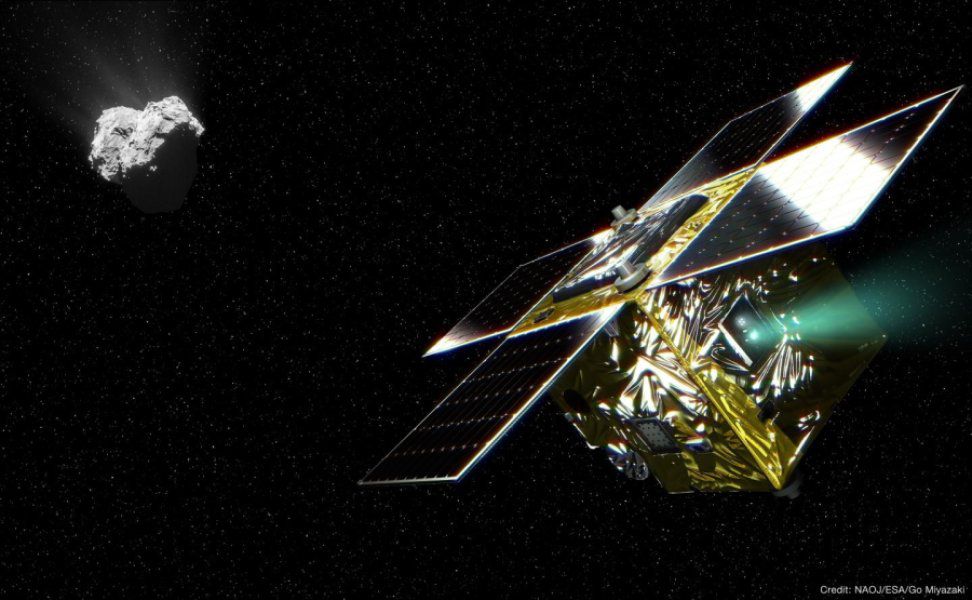 In September 2015 an international team of astronomers, led by researchers from the National astronomical Observatory of Japan, held a successful large-scale observations of hydrogen in the coma of comet 67P/Churyumov-Gerasimenko, using a telescope LAICA, located on Board the spacecraft PROCYON. Also, the researchers were able to determine the absolute value of the rate of water loss by the comet into space.

This comet was the scientific purpose of the probe “Rosetta” (Rosetta) in 2015 as this spacecraft, in fact, was inside the coma of the comet, he could not make observations of the entire structure of the coma entirely. In addition, in that period of time, the conditions of observation of the comet from the Earth was wrong. Observations using spacecraft PROCYON, weighing only 65 pounds and is designed primarily for observations of the Sun, helped to test a number of models of the coma of comet 67P and complement the more accurate local measurement of the speed of water loss in a comet space dimensions overall speed of this process throughout a coma, which allowed us to obtain a General idea about the process, which is of great importance for science.