Residents of Michigan filmed the fall of the meteorite 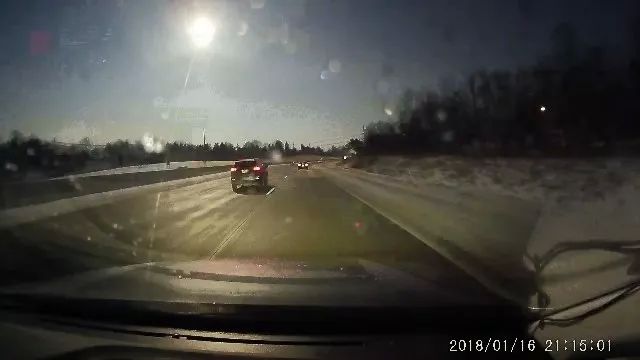 Residents of the US state of Michigan captured on Tuesday evening a bright flash in the sky, which, according to the National Meteorological Service, occurred as a result of the fall of the meteor.

“After studying several data sets, the National Meteorological Service (NMS) can confirm that the outbreak and cotton were not thunder or lightning, but rather a meteor.” We continue to observe the tape of astronomical agencies for official confirmation of the meteor, “the NMS

“When Armageddon is near, you better get out of of here. Looking like a Deep Impact. I ain’t afraid of no ‘stroid” #metrodetroitmeteor pic.twitter.com/MdibIt82TZ

While official confirmation of the fall of the meteorite was not announced.

The American Meteor Society reported that after the outbreak in the sky its servers were overloaded because of the large number of people wishing to report the incident.

Eyewitnesses describe what they saw as a bright flash of light and thunder, “shaking at home.”

Many of them published video in social networks, recorded on cameras installed in homes and cars.

WAS IT A METEOR??? This video captures the bright light everyone has seen in the sky tonight. Courtesy of #Local4 viewer Kevin McCombs. pic.twitter.com/RY4u23jYAY

“When Armageddon is near, it’s better to get out of here.” It seems like “Collision with the abyss.” I’m not afraid of any asteroid, “wrote the Twitter user topherlaine.

“In Livonia, I saw a big flash in the sky over my house in the northwest, and decided that maybe I was watching too much science fiction or Netflix,” Claire Keresni wrote on Facebook.