Revealed the composition of the surface of Ceres 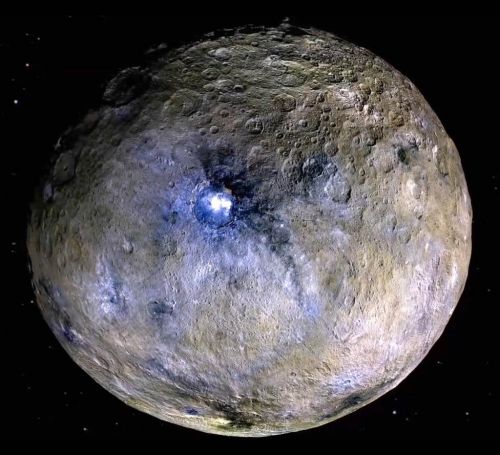 Experts NASA have found out the origin of the surface of the dwarf planet Ceres, located between the orbits of Mars and Jupiter.

On the basis of previous observations of the dwarf planet, scientists believed that the surface of Ceres is rich in carbon, however, the results of new studies with the stratospheric Observatory for infrared astronomy SOFIA suddenly prove otherwise! The Observatory is a joint project of NASA with the German center for aviation and Astronautics (DLR) and is a Cassegrain telescope system aboard a Boeing 747.

The rise of the telescope to a height of 13 kilometers allows you to make image quality comparable to a space Observatory. Studying made by the SOFIA Observatory images, the researchers came to the conclusion that the surface of the dwarf planet is actually poor in carbon. Almost 20% of its surface consists of rocky silicates, which, most likely, came to Ceres in the fall of asteroids.

Obviously, the surface layer conceals from us the true composition of the dwarf planet. Informed by the results of observations, scientists have traditionally brought Ceres to the class “C”, but the new infrared Observatory data show that a dwarf planet is significantly different from them. On the surface, present as silicate and carbonate materials, their contribution to the composition of the surface layer could be made of particles of interplanetary dust.

Ceres was the third celestial body after yapet (Saturn’s moon) and Charon (satellite of Pluto), a significant part of the surface which is generated by an external matter. The diameter of the dwarf planet is about 940 kilometers, making it the largest celestial body in the asteroid belt between the orbits of Mars and Jupiter. 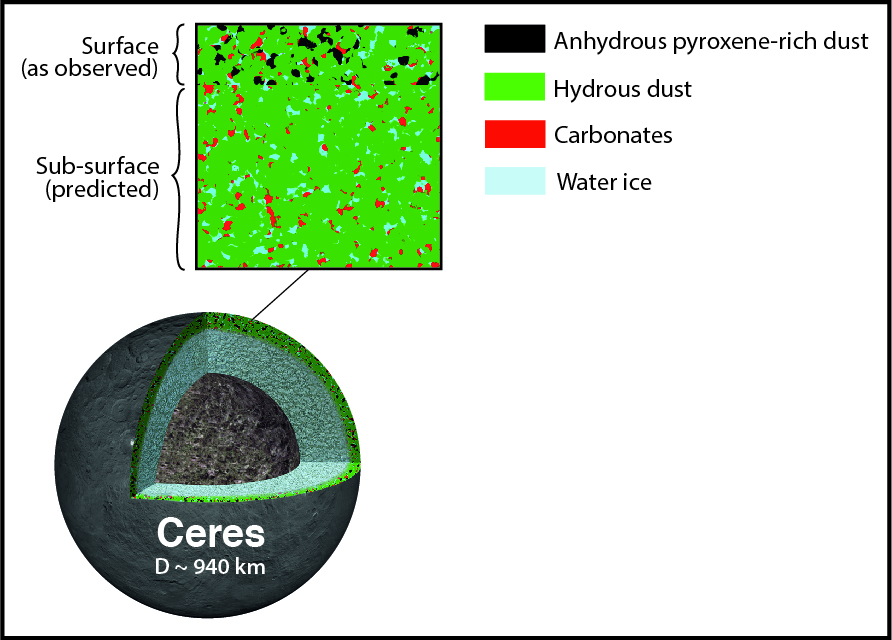