Riddle of a bright X-ray source in the Andromeda galaxy 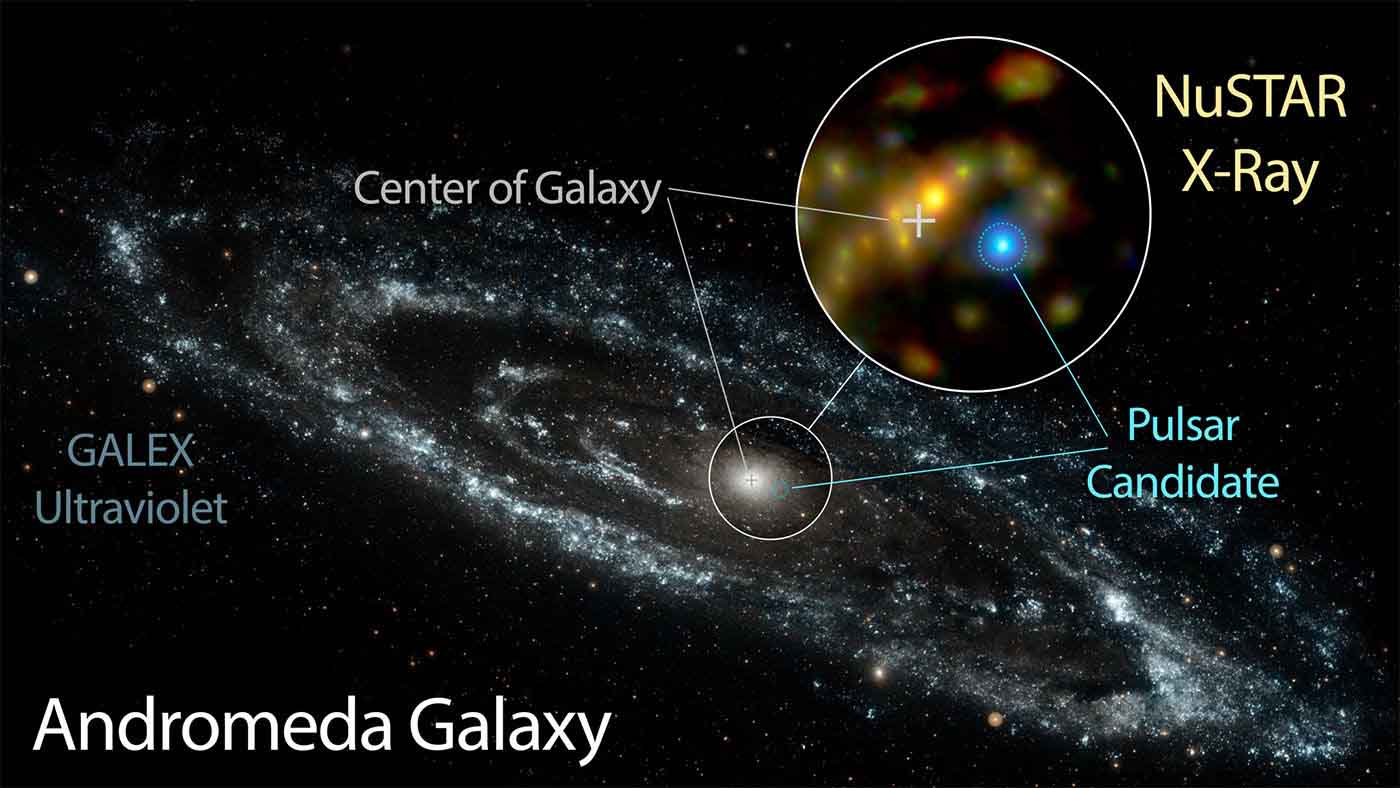 In the Andromeda galaxy, which is the closest galactic neighbor of the Milky Way, scientists know a very bright source of high-energy X-rays, but the origin of this source has remained a mystery to astronomers. Now in the new study, scientists were able to determine the nature of the mysterious X-ray source using the NASA NuSTAR (Nuclear Spectroscopic Telescope Array) space observatory.

This object, called Swift J0042.6 + 4112, is most likely a pulsar, dense remains of a dead star with a high magnetization and rapidly rotating around its axis, the researchers say. This interpretation is based on radiation in hard x-rays, the registration of which is the “specialization” of the space observatory NuSTAR. The spectrum of this object is close to the spectrum of similar objects inside our Milky Way galaxy.

Obviously, this pulsar enters a double system in which the gas flows to the pulsar from the companion star and heats up, losing energy in the form of radiation.

This pulsar candidate is represented as a blue dot in the image of the Andromeda galaxy, made with the help of the NuSTAR observatory (the inset on the title photo). This source in the high-energy X-ray is so bright that it surpasses all other sources in terms of brightness, including the central supermassive black hole of the galaxy.