Riddle of jets on Enceladus 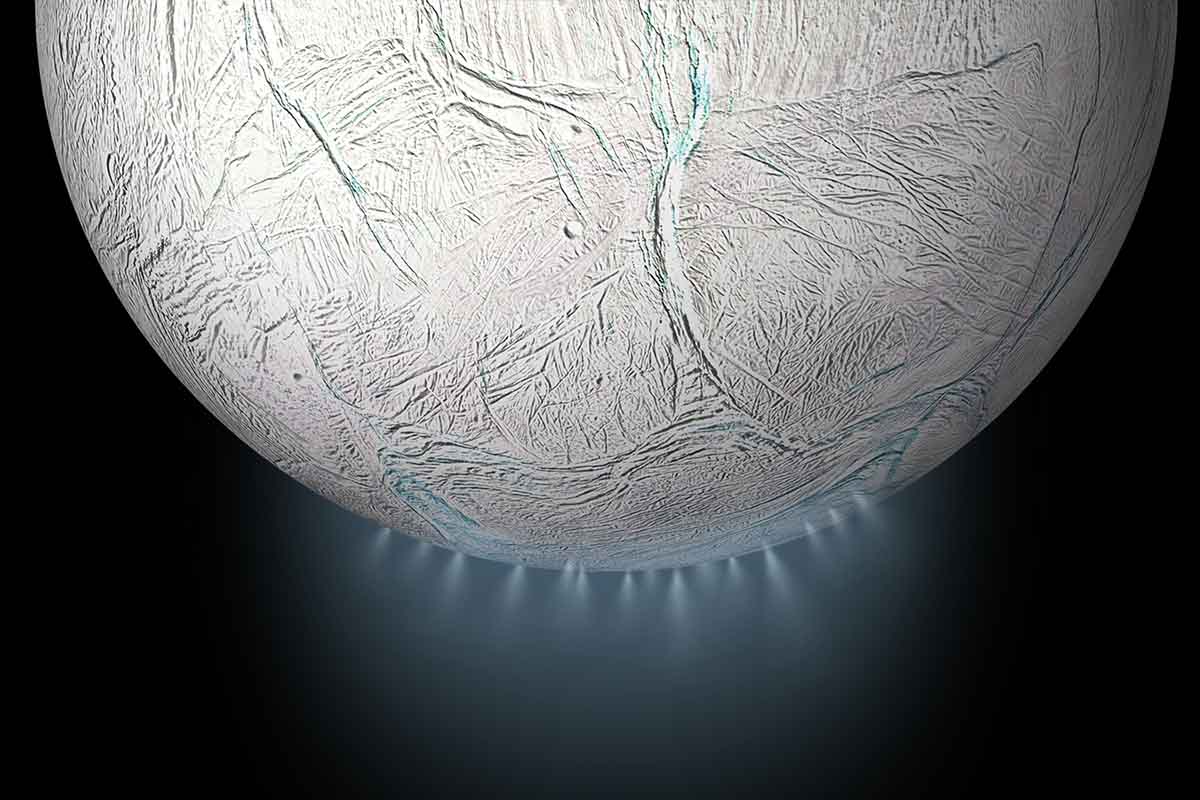 Mysterious jets that are seen on Enceladus, according to astronomers could arise because of a space collision. The southern pole of Enceladus was hit by a collision with an unknown cosmic body. As a result of the collision, this area of ​​Enceladus received such damage that geysers hitting from the South Pole, the most mysterious satellite of Saturn, were formed.

The collision could have occurred about 100 million years ago. The area of ​​the South Pole on Enceladus is the most mysterious area and the biggest mystery of our solar system.

Beating from the ice surface geysers release water vapor, particles of ice and a huge amount of thermal energy into the surrounding space.

The latest data show that the thermal emissions in this area are 10 gigawatts higher than previously thought.