Riddle of the mysterious shield of the Earth 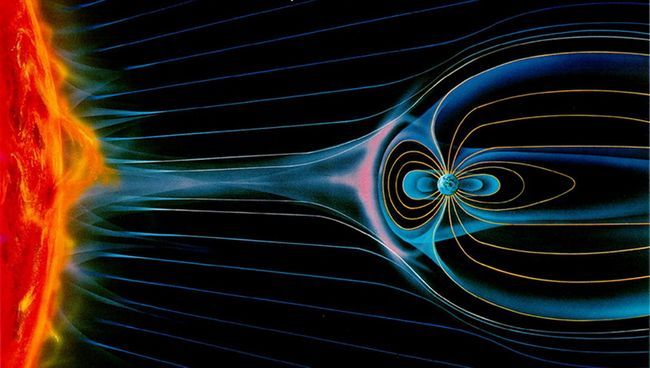 Last year, Professor Daniel Baker of the University of Colorado in Boulder and his team, using dual probes launched in 2012, opened the third, a transitional cumulative belt. According to their research, the third belt is located between the previously known inner and outer belts of Van Allen. This belt is different in that it arises and disappears, following the changes in cosmic “weather.”

The purpose of this belt is quite clear – it blocks the killer electrons, preventing them from getting deeper into the Earth’s atmosphere. Because of their near-light speed, these electrons can be extremely destructive, and they pose a threat to astronauts and orbiting satellites, and can even cause damage to entire space systems.

The magnetic field of the Earth keeps the belts in place, but the electrons in these belts – which move almost at the speed of light – are blocked by some invisible force, preventing them from entering the atmosphere of our planet.

Before the discovery of the invisible shield, scientists assumed that electrons are scattered by air in the upper atmosphere of the planet – but it seems that they do not even get there thanks to the invisible electronic shield of the Earth.

Now that scientists know that an invisible shield exists, they are trying to determine how it was formed and how it works.