Rotation of exoplanets around the star 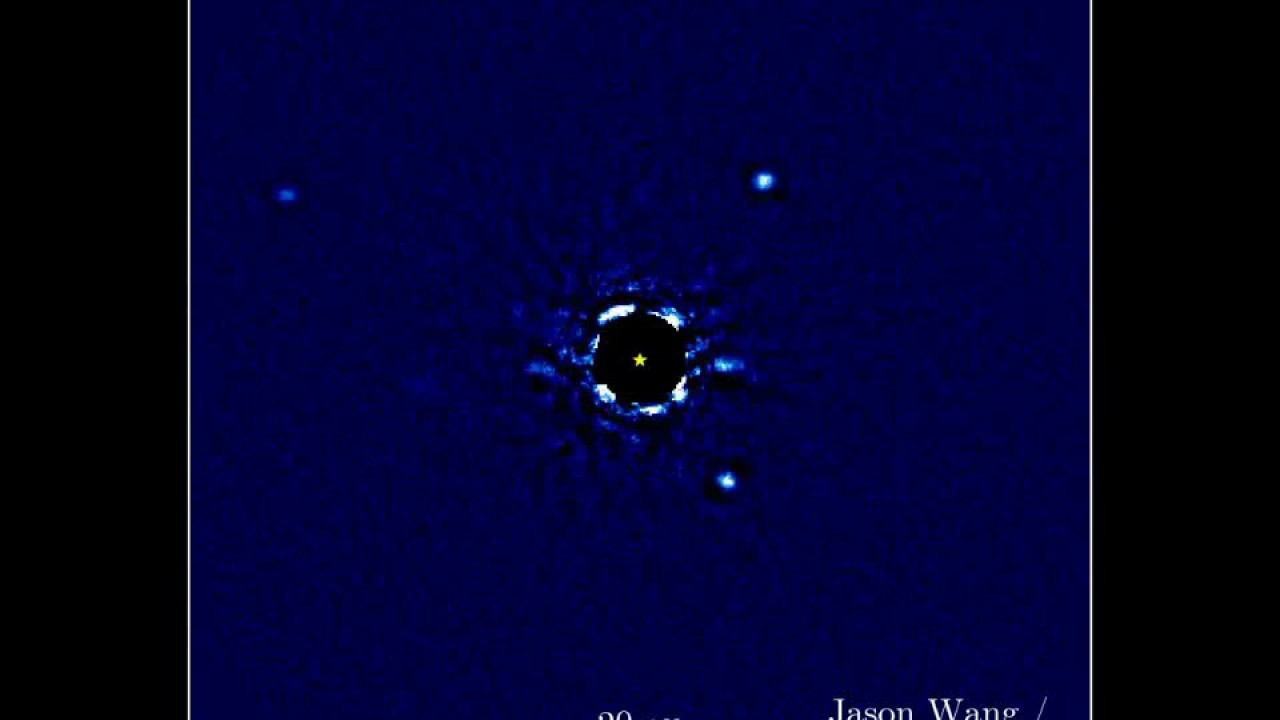 The video below shows the movement of four exoplanets around the star HR 8799. And this is not computer graphics, but the real images of the system.

Astronomers can directly observe exoplanets around HR 8799 due to a combination of several factors:

Their orbits pass at a considerable distance from the star, and they themselves are very massive: exoplanets are heavier than Jupiter by about 5-10 times.

HR 8799 is a very young system and exoplanets have not yet cooled down. The temperature of their atmospheres is hundreds of degrees Celsius and they radiate very intensely in the infrared range.

The video was compiled by astronomer Jason Wong of the University of California at Berkeley, based on data collected by the Keck Observatory from 2009 to 2016.

During this time, the exoplanets did not have time to complete a complete revolution around the star, since the rotation period of the giant closest to HR 8799 is 45 years, and the longest one – about 460 years.