Rotation of thousands of asteroids in our solar system 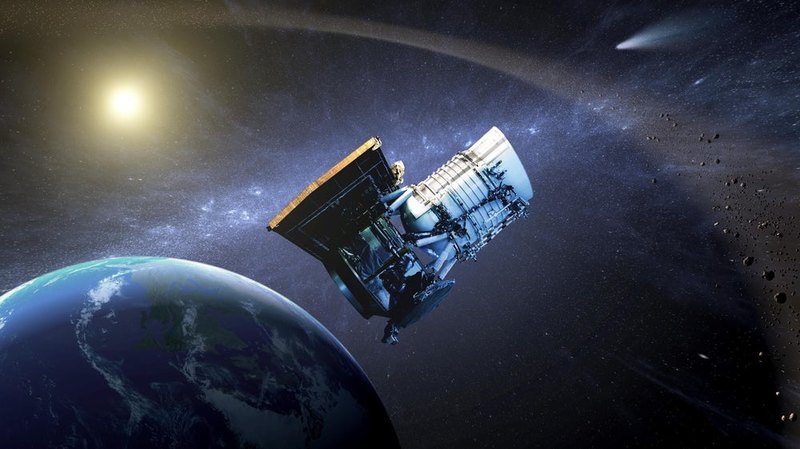 NASA published a video showing the rotation of more than 29,000 asteroids in the solar system, found in four years of operation by the NEOWISE (Near-Earth Object Wide-Field Infrared Survey Explorer).

The WISE (Wide Field Infrared Survey Explorer) telescope was launched by NASA in 2009 and was searching in four infrared bands for ultra-bright infrared galaxies, brown dwarfs, asteroids and comets approaching the Earth, and in 2011 it was into sleep mode. The device was “woken up” two years later – it had to search for near-Earth objects that had not been found before, under the NEOWISE program (Near-Earth Object WISE).

During four years of operation, NEOWISE discovered a total of 29 375 objects in the solar system, including 788 near-Earth objects and 136 comets, reports NASA. Some of them have been classified as potentially dangerous astronomical objects (POAP) – objects with an orbit that allows approaching our planet at a potentially dangerous distance, and with dimensions sufficient to overcome the atmosphere of the Earth.

NASA has created a simulation that demonstrates the rotation of objects detected by NEOWISE in our solar system. As noted in the video, the orbits of Mercury, Venus and Mars are shown in blue, the orbit of the Earth – in turquoise. Green points in this case display near-Earth objects, gray – all other asteroids (located mainly in the main asteroid belt between Mars and Jupiter); the yellow points are the comets.