Russia plans to send people to the moon 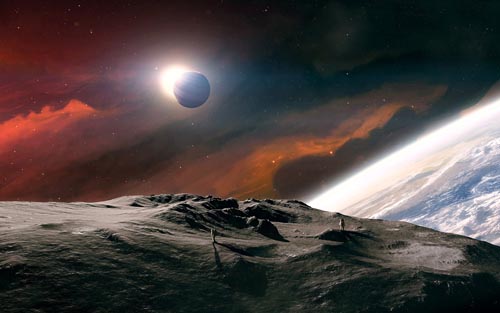 “After 2025, the planned commencement of flights to the moon, the beginning of the addiction to this artificial satellite. 2026 — an unmanned flyby of the moon in 2027, we are launching the landing module into the moon’s orbit,” said he, adding that the landing module on the lunar surface will be carried out in automatic mode.

“In 2029 — an unmanned flight of the new spacecraft to orbit the moon. In 2030-ies we set ourselves the task of a manned flight to the moon in 2031 — landing on the moon,” added Solntsev.

The development of the landing module, according to Solntseva, will require the involvement of not only Russian specialists, but also European and American scientists and engineers. Earlier, a source in the Institute said that the manned lunar program of Russia provides for the overflight and landing of astronauts on the lunar surface, and delivering them in a libration point of the Earth — Moon (the point of balance of gravitational forces of two celestial bodies).

In late summer, the media reported the order on the public Procurement portal, which the Corporation Roscosmos has posted in search of by for “study problem questions of realization of manned flights to the moon.” To engage in the project was the Institute, which was given for this time until 2018.