Russia will launch “space sailing” to explore the sun 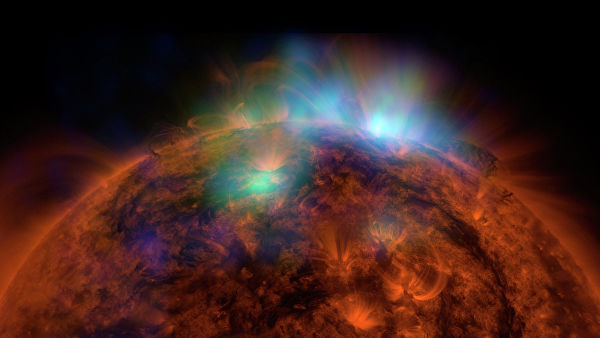 The engineers of the Youth Space Center of the Bauman Moscow State Technical University have developed satellites that will use the sail uncovered in space to change the parameters of their orbit.

“We are counting on December of this year,” said Shapovalov, adding that it is not yet clear on which particular rocket the satellites will fly as an associated load.

The devices developed jointly with the Lebedev Physical Institute of the Russian Academy of Sciences (LPI) were called “Yarylo”. FIAN created a payload for them to study the Sun in the X-ray range. The construction itself was performed by Bauman MGTU specialists.

Devices can change the orbit with the help of a rotary sail. After entering the orbit, the satellite is unwound with the help of flywheels and magnetic coils, and the generated centrifugal force straightens the sail. At an altitude of 600 kilometers, where it is planned to send two satellites Yarilo, this design can only work as an aerodynamic brake due to a fairly dense atmosphere.

“We get a controlled fall, we begin to slow down, lag, descend. With this, you can arrange satellites in orbit, you can descend into lower orbit, you can bury it, depending on how much the tape unwinds,” said Shapovalov, specifying that the system reusable, that is, after the transition to the desired orbit, the sail can be folded.

The next step can be a cubsat for flight to the moon – there it will be possible to fully realize the technology of the solar sail. According to experts of the center, from a geostationary orbit (about 36 thousand kilometers above the Earth) a Kubsat with such a sail could fly to the Moon in two years.