Russian “Breakthrough” will fly to the moon 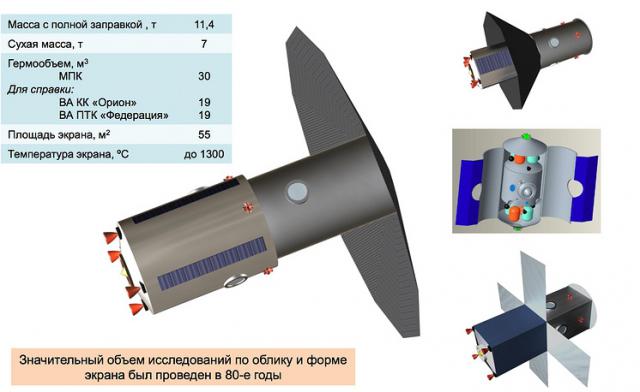 Specialists RSC “Energia” has developed the project of a new reusable manned spacecraft, which will be called “Breakthrough”. He will be able to deliver to the moon all sorts of goods and people.

“Jerk” should be an alternative space ship “the Federation”, whose development is also underway in the Corporation “Energy”. About the project of a new manned space vehicle told the officer of RKK “Energy” Yury Makushenko at the international scientific conference “Manned space exploration”.

According to him, the project “Breakthrough” will be 30% cheaper compared to the “Federation”. As will be shown 11,4-ton Charge into space is not reported, however, that it does not need to create a new super-heavy booster. The spacecraft will fly between ISS and international platform near the moon. To escape earth’s orbit would use the upper stage “DM”, which will be delivered with the help of the carrier rocket “Angara-A5”. The upper stage will have to dock with the “Jerk” in orbit.

After delivery of the cargo or astronauts to the lunar platform Charge will be returned back to the ISS. The trip from orbit to the moon will take about five days, reports TASS. For braking, it will apply special “umbrella” covers an area of about 55 sq. m.

How many people can be in a space ship “Jerk”, not reported. In the manned transport ship the “Federation” crew size will be four people. For the removal of “Federation” in earth orbit you will need to use a carrier rocket heavy class “Angara-А5П”. According to previously announced plans, “Federation” without astronauts should be launched in 2021. Manned launch is scheduled for 2023. Earlier it was reported that the beginning of the construction of “Federation” is scheduled for summer 2016.