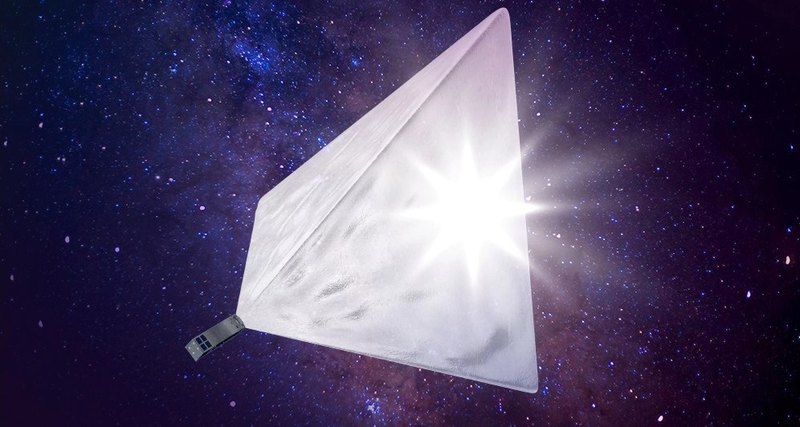 July 14 from the Baikonur cosmodrome was launched the first in the history of Russia kraudfandingovy spacecraft “Mayak”, created on the basis of the Moscow Polytechnic Institute. After launching and launching into orbit, the satellite opened a solar reflector – the correct three-meter pyramid from a reflective metallized film, the thickness of which is only 5 micrometers. The satellite was put into orbit using a Soyuz-2.1a rocket.

Among the scientific goals of the launch are several key points. First, a successful test of an aerodynamic brake device in real flight will allow the use of such a technology in the future for information from the orbit of space debris. Secondly, by tracking the flight of a satellite in the upper atmosphere, researchers will be able to obtain new data on air density at high altitude. Finally, thirdly, it is thanks to the pyramidal aerodynamic brake that the spacecraft can become a reference object for verifying calculations of the stellar magnitude of cosmic objects.

“Every year hundreds, if not thousands of small space vehicles, are launched into space, so the problem of space debris disposal is acute in modern space exploration. There is a standard solution: equip the machines with an engine. Thus, at the end of their service life, they are taken out of orbit and burned in the earth’s atmosphere. Such a decision is costly in terms of investments in the production of engines, besides, by the end of the service the engine may be faulty, and the device will remain in orbit for a very long time in the form of space debris. We equipped the Mayak with the technology of aerodynamic braking. It allows you to easily and inexpensively take satellites out of orbit. For comparison, without a braking device, “Mayak” at its mass would have existed in orbit for about three years, and with a pyramid of 1 month “, explains Alexander Shayenko, the scientific supervisor of the project.