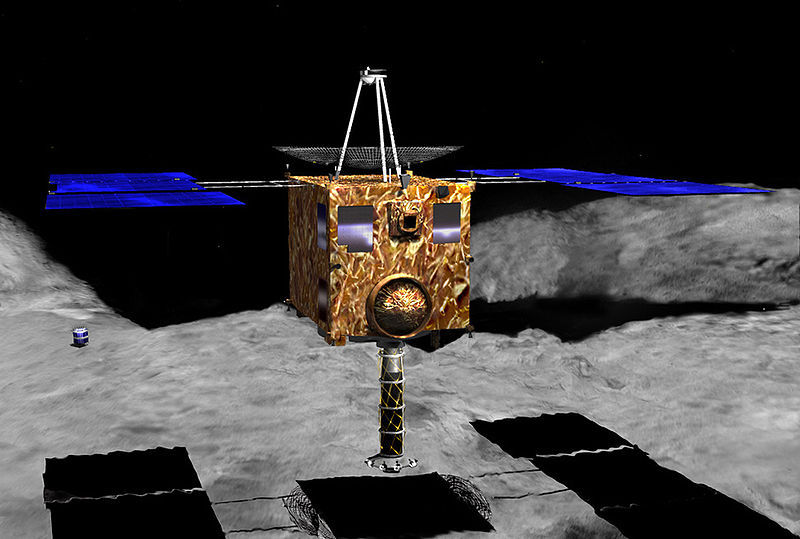 Planetary scientists from the University of Painting, Australia, have shed new light on the evolution of a single known asteroid, and this can help prevent a possible collision of this “heap of stones” with the Earth.

Scientists have investigated two tiny particles delivered to Earth from the Itokawa asteroid, after they were collected in 2005 from the surface of this 500-meter asteroid with the help of the Japanese Hayabusa spacecraft.

This device and its invaluable cargo returned to Earth in 2010, landing near Woomer, Australia, while on board the probe there were only about 1500 dust particles – and the size of most of these particles did not reach the width of the human hair.

The asteroid Itokawa currently is not a monolith, but rather a “pile of stones”, the space between which is filled with dust. Before becoming a “pile of stones,” the Itokawa asteroid was part of a larger cosmic stone destroyed by a collision with another asteroid, researchers

In a new study, led by Fred Jourdan, associate professor of Applied Geology at the School of Mining at the University of Painting, the composition of several of these particles was analyzed using argon-argon isotope dating to determine the approximate time of collision that destroyed this asteroid. Comparison of the results of the radioisotope analysis of two dust particles – the original particle that has been preserved since the formation of the solar system and the particle that underwent changes as a result of a collision between asteroids – has shown that the Itokawa asteroid turned into a “heap of stones” about 2.1 million years ago.

In the second stage of the study, scientists modeled a number of possible scenarios for this collision and found that the Itokawa asteroid was destroyed not as a result of one giant collision, but as a result of the continuous bombardment of its medium size asteroids. The last collision, which led to the final disruption of the integrity of the cosmic stone, was only “the last straw that filled the bowl,” Jordan and his colleagues believe, while extending the findings to other asteroids of the solar system.