Satellite Saturn is suitable for the emergence of life 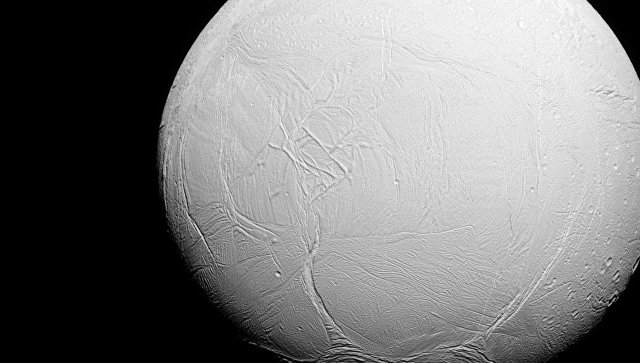 The data obtained by the Cassini space probe indicate that Satell Enceladus can have conditions suitable for life, says NASA’s press release.

“At the moment, we are as close to being able to name a place where there are a number of components of the habitable environment,” said Thomas Tsurbukhen, head of the scientific directorate of NASA.

It is reported that the basis for such conclusions was the discovery on the satellite of hydrogen, which theoretically can provide a chemical source of energy for the birth of life.

“Cassini” continues to space flight for nearly 20 years. The probe began to study the rings of Saturn in November 2016. Its orbit is adjusted so that the “Cassini” makes turns above and below the poles of Saturn, “diving” every seven days in the most unexplored region of the outer edge of the main rings.

Passage near the rings of the planet will be the completion of the space travel of the probe. As noted in NASA, the fuel of the device is running out, and next year it will complete its mission.

According to scientists, September 15, 2017, “Cassini” will enter the atmosphere of Saturn, where it will end its existence. Its creators hope to save from the wreckage of the interplanetary station of the moon of the planet, on which life is potentially possible.

The Cassini probe is a joint project of NASA, ESA and the Italian Space Agency. He started in space in 1997 and arrived in Saturn in 2004, where he studied the planet itself, its rings and moons for the last 12 years. “Cassini” owns a number of significant discoveries, including the sea of ​​liquid methane on Saturn’s satellite Titan and the ocean on the satellite Enceladus.