On past space accident said the head of the European space Agency (ESA) Johann-Dietrich wörner. According to him, last year they recorded the performance degradation of the solar panels of the satellite “Sentinel-1A”.

“What you see here on the right side, is a collision of a small piece of space debris from a solar battery of the satellite,” said Werner, explaining that in the photograph taken with the camera of the satellite, at a briefing in Paris. 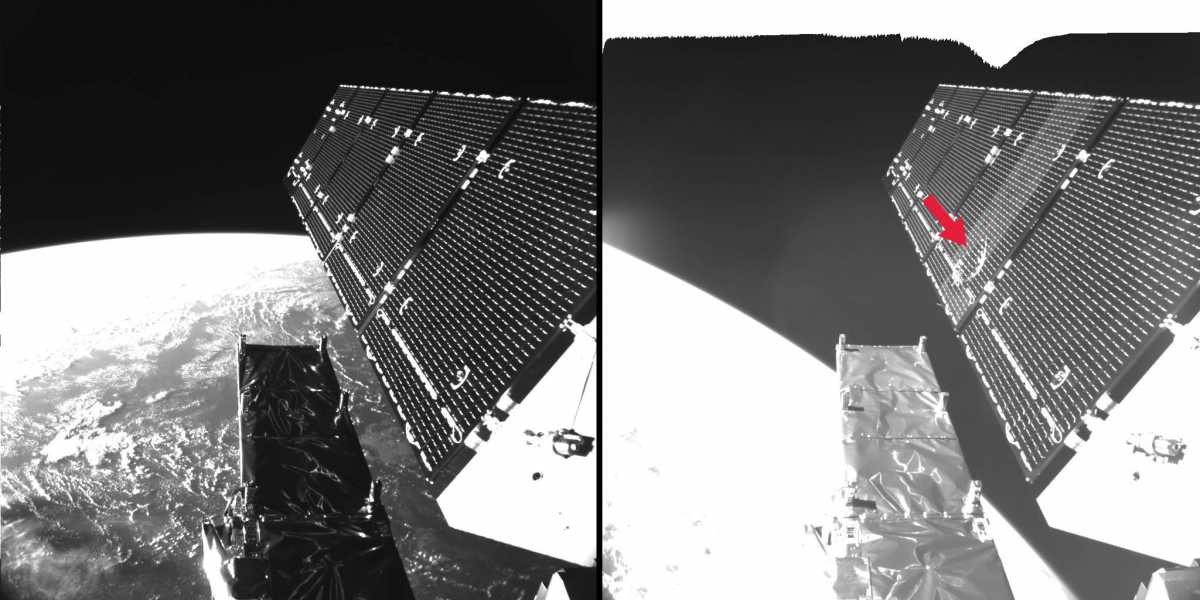 As a result of this incident on one of the solar panels of the apparatus in a crater with a diameter of 40 centimeters. The specialists of the ESA noted that this accident did not affect the correct operation of the satellite.

“Sentinel-1A” was launched in April 2014 with the help of Russian carrier rocket “Soyuz-ST”. After 9 days after the start he sent the first photos of our planet. The unit became part of the European system of global monitoring of natural and technogenic phenomena. The weight of the satellite is 2.3 tons. Its tasks include the monitoring of sea waterways, oil spills and earthquakes, mapping ice fields and forests, inland waters and soils.