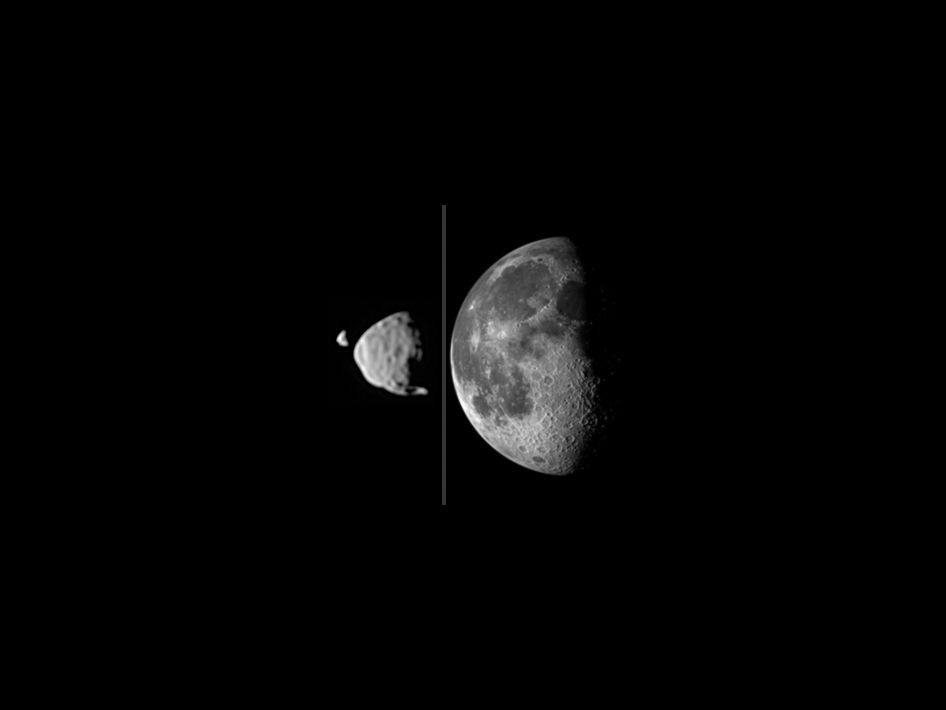 The new data indicate that Phobos and Deimos appeared after a collision with an asteroid Mars the size of West.

Researchers from the Southwest Research Institute (USA) demonstrated a model for the formation of the moons of Mars. According to them, previous developments were too simplistic, so they rejected the theory, which in their version is true.

In total there are three supposed scenarios for the formation of Phobos and Deimos. The first says that both celestial bodies arose from protoplanetary dust, like Mars. According to the second, the asteroids hit the attraction area of ​​the Red Planet – and so they stayed. In the third variant, a giant asteroid contributed to their occurrence, which hit the surface of the planet and knocked out some of the matter into orbit.

Assuming the third scenario, experts looked back at a similar model, which is applied to the Earth’s Moon. In this case, a space object the size of Mars crashed into our planet four and a half billion years ago, after which the Moon was formed. However, with the diameter of the Earth 12 742 kilometers, the diameter of its satellite is 3,474 kilometers, that is, about one-fourth. The diameter of Mars, in turn, is 6,779 kilometers, but Phobos and Deimos are very small for him: their diameters are 23 and 12 kilometers respectively, which contradicts the established ideas. One of the authors of the work, Robin Canup, explained what the key feature of their model is and why it allows such a scenario:

“The fundamental difference between our research is that we have designated the new size of the” drummer “. Using large-scale hydrodynamic modeling, they found that a large target is needed – like the dwarf planet Ceres or the asteroid Vesta – but not giant at all. ”

In the new model, the celestial body that fell on Mars gave rise to a disk of debris that surrounded the equator of the planet. Its outer part was accumulated in two objects, which later became Phobos and Deimos, and the inner part fell back to the planet. According to experts, this explanation is consistent with the forecasts that Phobos is moving spirally into the atmosphere, and in the next 50 million years must crash into Mars. This model also predicts that both moons have the same chemical composition as the Red Planet, since they formed from its materials.