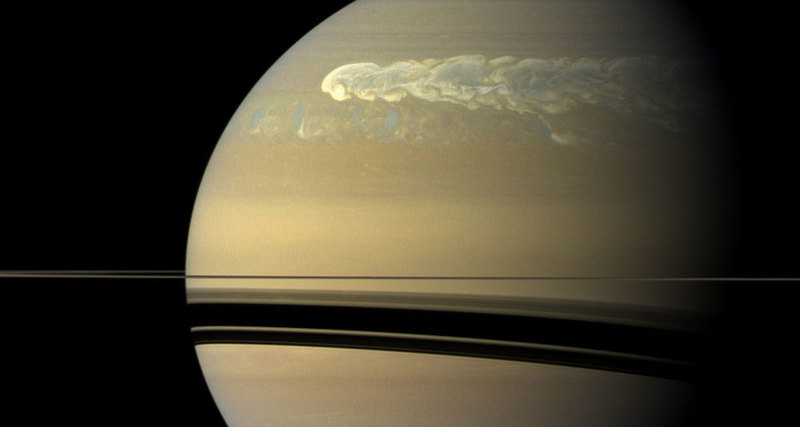 Astronomers have detected a new type of storm on Saturn – which is intermediate between two others, previously known.

Astronomers knew about two types of storms in the atmosphere of Saturn – large and small. The first is the so-called Great White Spot, which was named so by analogy with the Great Red Spot on Jupiter; such storms occur periodically and exist for several months; they can be thousands of kilometers wide. The second type of storm is storms of a much smaller size, which exist, as a rule, for only a few days.

In a new study, scientists were able to describe a new type of storm on Saturn – an intermediate between the two previously known. The new type was described by four storms, all of which arose and disappeared in 2018 (one of them, the first of which was seen, lasted as long as 214 days). In diameter, these atmospheric formations were about four to eight thousand kilometers; all of them were observed near the North Pole of Saturn, between 67 and 74 degrees north latitude.

As computer simulations by the researchers showed, each of the observed medium storms required about 10 times more energy than a small storm, and at the same time required only about one hundredth of the energy needed for the Great White Spot.

Scientists suggest that the time of occurrence of data, average storms, may indicate that they are a “failed” Big White Spot (perhaps it “failed” because the past Big White Spot, 2010, used up too much energy). The latter has been observed only seven times since 1876, and these observations indicate that storm data are formed at the same latitudes about once every 60 years. Last time A large white spot in the extreme northern region, near the latitudes where medium storms were detected, was observed in 1960.

A new study was published in the journal Nature Astronomy.