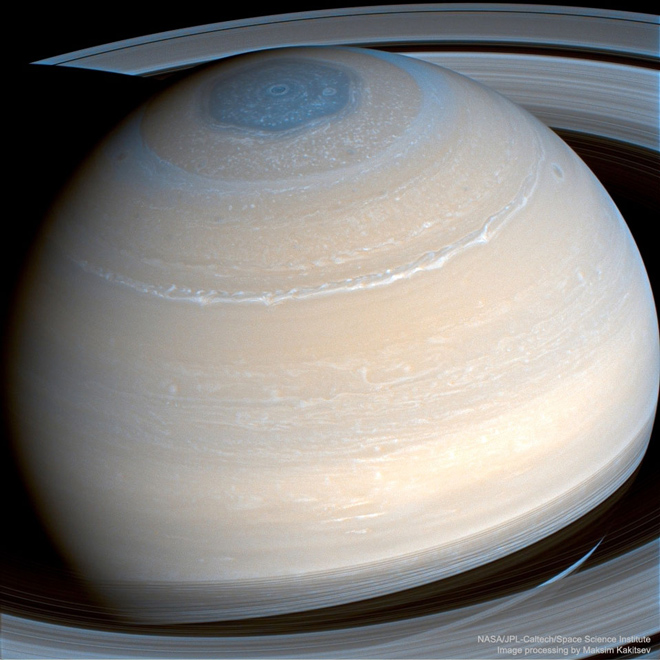 NASA published a picture of Saturn in infrared radiation made by the interplanetary station “Cassini” and demonstrating many previously unobtrusive details of the planet.

Striking in the infrared range is an unusual pattern of hexagonal clouds that surrounds the North Pole of Saturn. Each side of a dark hexagon is about the width of the Earth. Researchers could not predict the existence of a hexagon, and its origin and probable stability remain the subject of study.

The famous rings of Saturn surround the planet, casting shadows below the equator. The best image was made by the robotic Cassini spacecraft in 2014 in several infrared refractions, but it was only recently processed.