Saturn in tandem with Deimos and Phobos 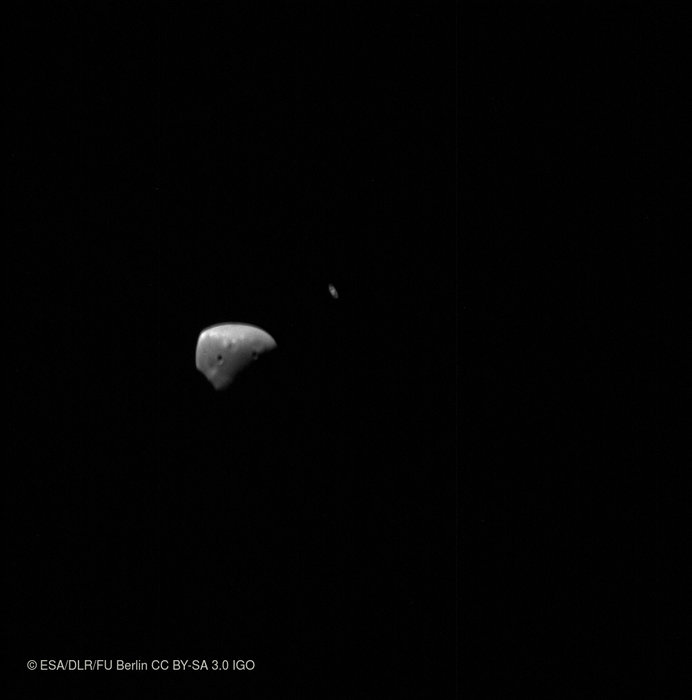 Last year, the European Space Device photographed how Saturn is drifting behind the tiny natural moons of Mars – Phobos and Deimos. The image was taken by the Mars Express orbiter (ESA) in November 2016 and was only publicly shown in March 2018 after a detailed analysis. During this survey, the ringed Saturn was about one billion kilometers from Mars. This was reported by experts of the mission Mars Express.

But in January 2018, the same spacecraft with the help of its on-board cameras photographed Saturn behind Deimos, whose diameter is only 6.2 kilometers.