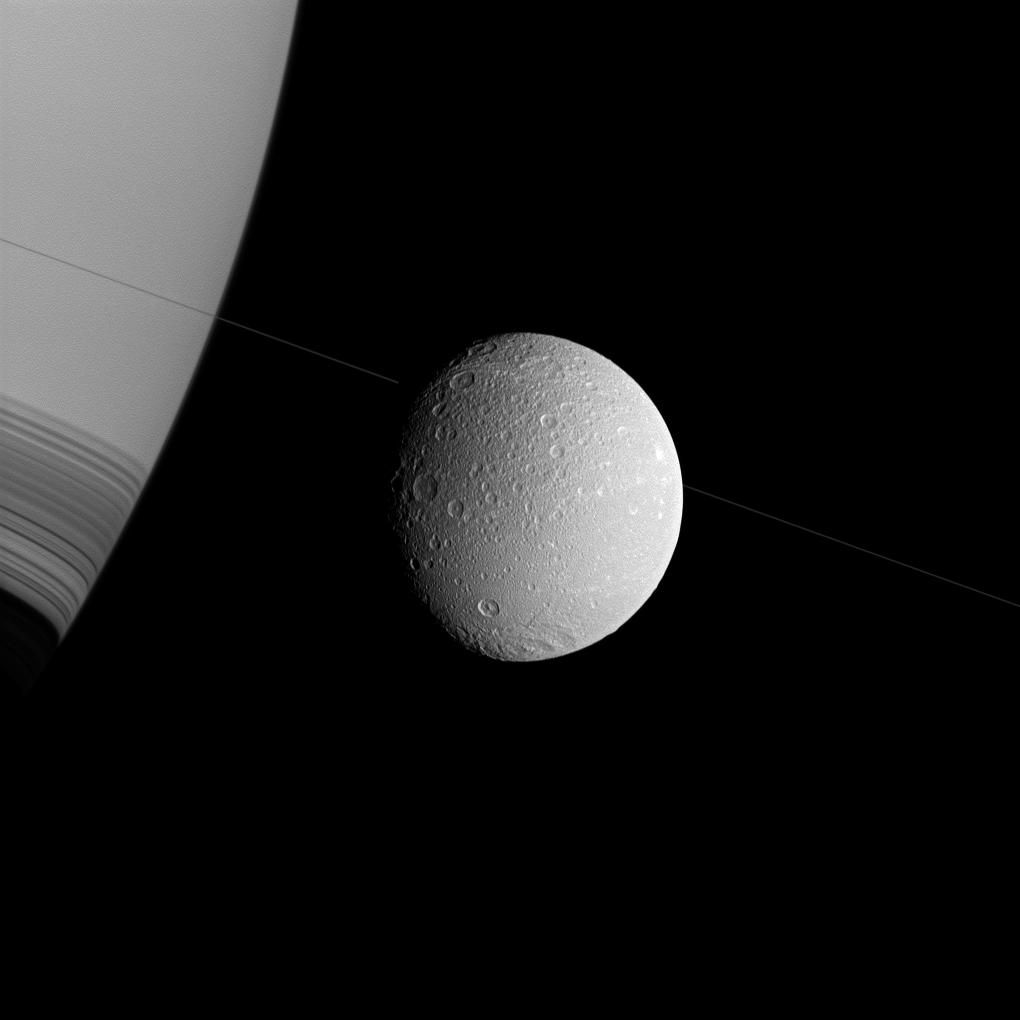 The origin of these lines is probably related to the deposition of surface materials, such as matter from the rings of Saturn, flying comets, as well as the moons Helena and Polidevka, moving in the same orbit with Dione. The work on the study of these linear virg was published in the journal Geophysical Research Letters.

For the study were used images of the Cassini, which captured similar structures on Ray, another satellite of Saturn.

“The data stored in linear virgs are relevant to the orbital evolution and collision processes in the Saturn system,” said researcher Alex Pattoff. “In addition, the interaction of the surface of Dione and exogenous material has implications for its habitability and provides evidence of the delivery of components that can contribute to the habitability of the worlds of the oceans as a whole.” 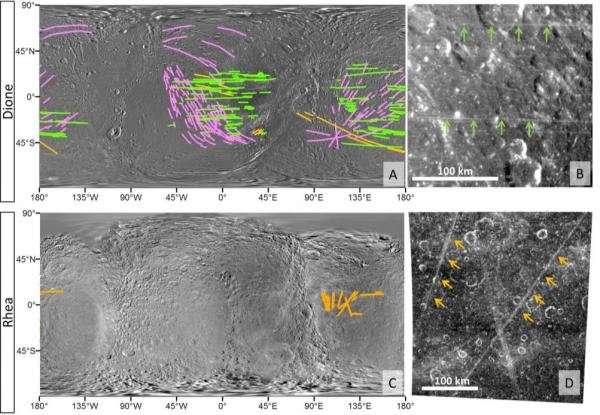 Linear virgins Dione generally reach 10-100 kilometers in length, less than five kilometers in width, and they are also brighter than the rest of the surface of the satellite. These lines are parallel to each other and seem to run over the rest of the landscape and do not depend on topography. In other words, these are the youngest structures on the surface of Dione.

“Their direction parallel to the equator and their linearity are not similar to anything we saw in the solar system,” Pattoff says. – If they are formed by some exogenous source, this may be a new way of delivering new materials to Dione. This material could affect the biological potential of its subsurface ocean. ”