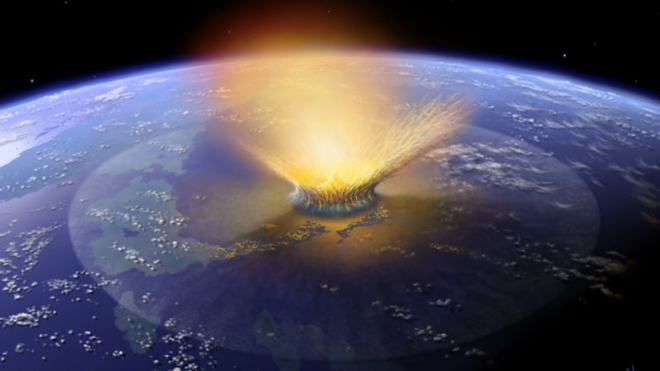 A new study reports that the biggest threat posed by the fallen to earth asteroid — not the strike itself, and the shock wave that it produces into the atmosphere.

Air blast, which will produce burst into earth’s atmosphere, the asteroid, will be the main killer of men, regardless of destroyed the asteroid in the air or hit a surface.

Slightly less terrible news, the shock wave-the murderer must arise from a very populated area, so the effect was exactly that. And the best news — huge asteroid strikes are very very rare.

A normal asteroid orbits the Sun at a speed of 30 km/s. If at this speed, the asteroid will hit the Earth’s atmosphere, emitted a huge amount of energy. The shock wave, says the study’s lead author Clemens RAMPF from the University of Southampton (UK), will produce winds of tornado strength, which will carry a heap of rubble. The asteroid can be destroyed completely, but if he survives the journey through the atmosphere, hit the Ground, forming a crater, scattering debris for miles around and causing a strong earthquake. In a nutshell, it would be a very bad day for the Earth, especially for those accidents that will live near the place of impact.

To assess the risk of mortality from asteroids, RAMPF has considered three possible scenarios of the strike: an option when a celestial body is burned before it hit the ground, when the object hits the surface, the version, when the asteroid crashes into the ocean and producing a tsunami.

RAMPF drew a graph that shows the different scenarios. He also spoke in detail about the two scenarios. In the first of these cases, the asteroid 200 m in diameter hit the Atlantic ocean off the coast of Rio de Janeiro. This event, says RAMPF, will kill about 50 thousand people. 75% of lives will carry the tsunami, 25% will die due to the winds of the air blast. In the second scenario RAMPF has estimated the number of victims in London and Berlin. He considered the asteroid in two sizes — 50 and 200 meters in width, and two events — the air blast or air blast plus impact.

Creepy, but the scientist predicts millions of deaths, the cause of which 85 percent will be the winds of the air blast — even if the asteroid will hit the earth. 15% of the population will die due to the heat produced by the air blast. Other phenomena of the pressure wave, earthquake, impact, fragments of the asteroid and tsunami will kill the rest.

No need to panic! Keep in mind that the impact of such force occurs once in four thousand years. Moreover, a large part of the planet’s surface is uninhabited, so the chances that the asteroid will explode over your town, are negligible. Even so, scientists are working to advance to destroy the deadly asteroids.