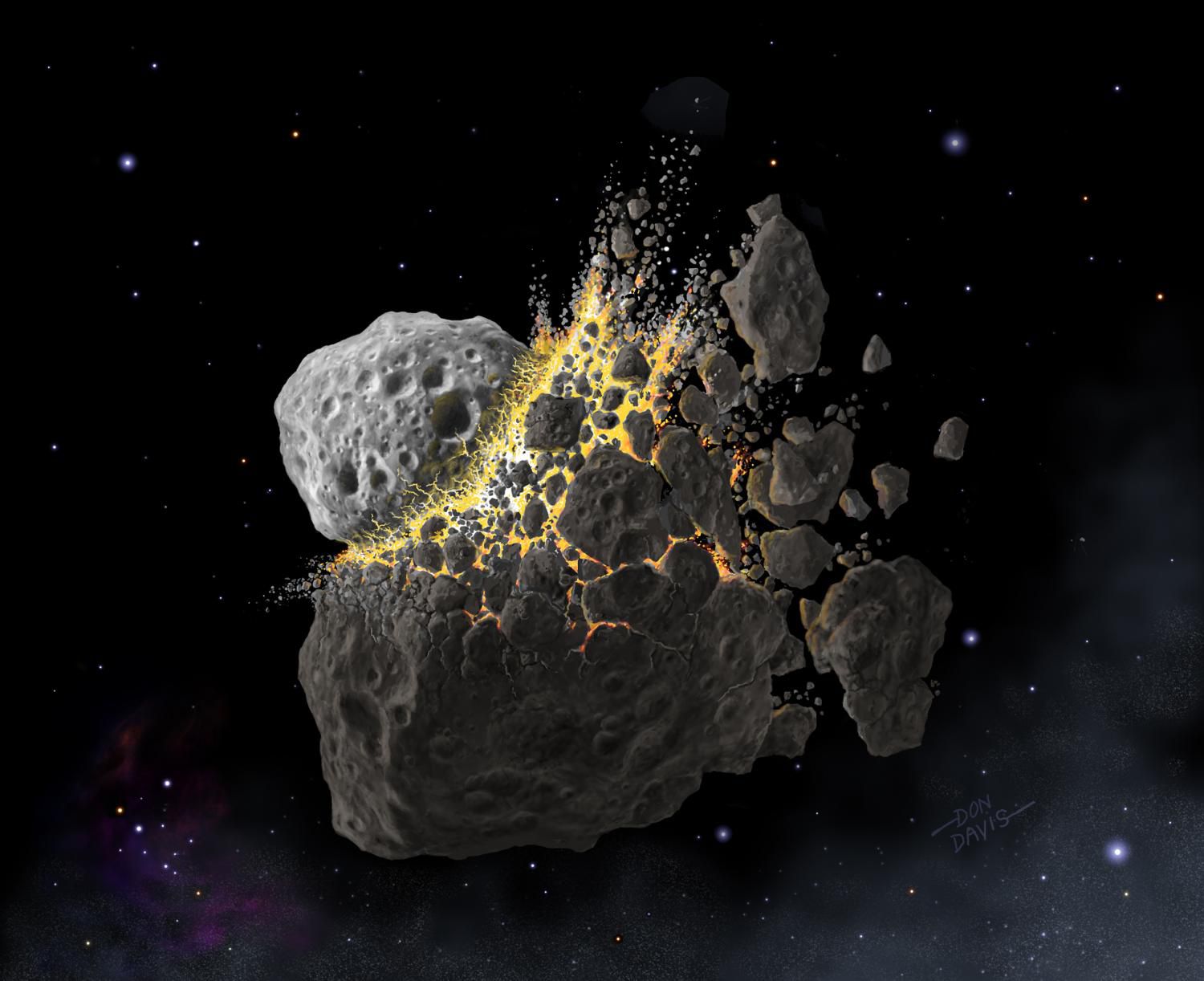 466 million years ago in space there was a giant collision. A cosmic body crashed into the asteroid that in a collision split into fragments, some of which fell to the Ground in the era of the dinosaurs. But what was the meteorites that fall on the surface of our planet to this giant of an ancient collision? In the new study, the researchers first analyzed the distribution of chemical composition of meteorites falling on Earth, respectively before and after this cosmic collision.

The main author Philipp heck (Philipp Heck) of Fallowsage Museum of natural history, Chicago, USA, said: “We found that the flux of meteorites, that is, the distribution of meteorites on the varieties differed significantly from that stream that we see today.”

Meteorites are over the age of 466 million years are rare, but just often can be found micrometeorite this era is a small stones measuring less than 2 millimeters. Heck, along with his Swedish and Russian colleagues was able to collect enough to study a number of ancient micrometeorites. Samples of micrometeorites were then dissolved in acid, while the insoluble residue was only microscopic crystals of the mineral chromite, with the ability to remain chemically unchanged for a very long time. Chemical analysis of this mineral showed that the meteorites and the micrometeorites falling to Earth 466 million years ago, differed from those that fell at a later time. 34 percent of meteorites that fell on the Earth before the collision, belong to the class of primitive achondrites – while today, only 0.45 percent of meteorites falling to Earth are of this type. Other ancient meteorites turned out to be fragments of Vesta – the brightest asteroid visible from Earth – which also experienced a collision that occurred approximately one billion years ago.