Scientists believe that Pluto is a planet, as is the satellite of Jupiter Europe 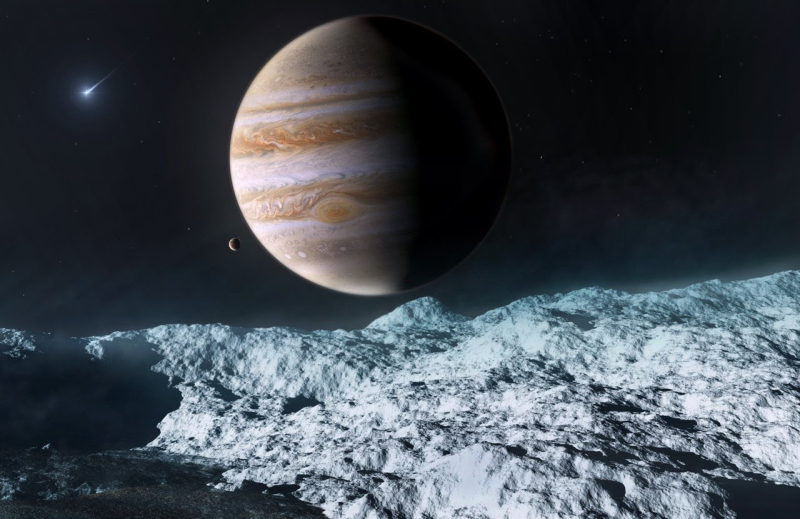 The scientist Kirby Runyon of the Johns Hopkins University wants to prove something: no matter what one prestigious scientific organization claims, Pluto is a planet. Like Europe, he says, the famous moon of Jupiter, like Moon’s moon, as well as more than 100 other celestial bodies in our solar system, deprived of this status in connection with the notorious definition of the “planet.”

The definition approved by the International Astronomical Union in 2006 lowered Pluto’s status to a “non-planet”, thereby reducing the number of consensus planets in our solar system from nine to eight. This change – the subject of many scientific discussions then and after – did not make sense, says Runyon, the lead author of the short article that advocates Pluto. His article will be presented next week at a scientific conference.

The icy, hard Pluto was the smallest of the nine planets. Its diameter is less than three-quarters of the lunar and nearly a fifth of the earth’s. Nevertheless, says Runyon, “everything that is needed to associate it with the planet takes place on Pluto. In him nothing is nothing from the planet. ”

Runyon, whose doctoral thesis focuses on changing the landscapes of the Moon and Mars, led a group of six authors from five institutions to draft a new definition of “planet” and substantiate this definition. Both will be presented at the poster session of the Lunar and Planetary Scientific Conference. Ruunion will have at least three hours to answer all the questions.

All the authors that Runyon collected are part of the scientific team of the New Horizons mission to Pluto, which was conducted under the strict control of NASA. In the summer of 2015, the spacecraft “New Horizons” was the first in the history of flying around Pluto almost ten billion kilometers from the Earth, approached the “planet” very close and sent the first images to the Earth from close range.

Runyon and his co-authors advocate the definition of a “planet” that focuses on the internal qualities of the body itself, rather than on external factors such as its orbit or other objects nearby. They define the planet as a “substarial massive body that has never undergone nuclear fusion” and has sufficient gravitational weight to maintain an approximately circular shape. (Even if it bulges at the equator because of the three-sided compression of the forces created by its own gravity).

This definition differs from the definition of MAS in that it does not refer to the neighborhood of the celestial body. This part of the 2006 MAC formulation – which requires that the planet and its satellites move in its orbit – ruled out Pluto. Otherwise, Pluto corresponds to the definition of MAS: it rotates around the Sun, it is massive enough that gravity makes it round.

Alan Stern, chief investigator of the New Horizons mission, in the past argued that the definition of MAS also excludes Earth, Mars, Jupiter and Neptune, which divide their orbits with asteroids. The proposed new geophysical definition excludes stars, black holes, asteroids and meteorites, but includes much more in our solar system. It could expand the list of our planets from eight to one hundred and ten.

This expansion makes the new definition attractive, in the opinion of Runyon. He says that he would like the public to study the solar system more. Since the very word “planet” carries a “psychological weight”, he believes that a larger number of planets could contribute to public interest.

A new definition that does not require the approval of the central governing body is also more useful to planetary scientists. Most of them are closely related to geology and other sciences about the Earth, so they will more like the new geophysical definition than the astronomical definition of MAS.