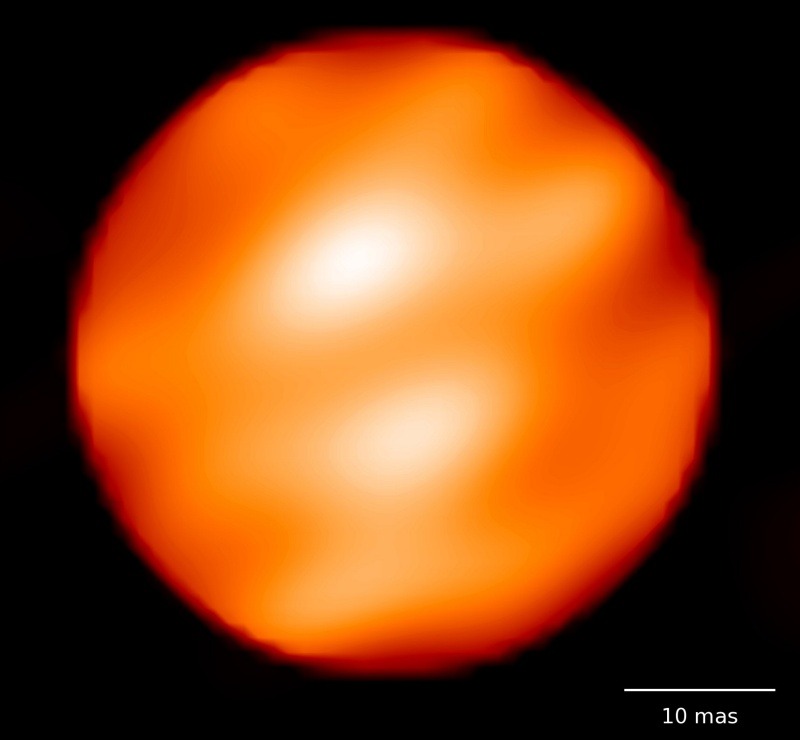 An international team of scientists claims that the bright star Betelgeuse in the constellation Orion will still explode, but a supernova explosion will occur only after 100 thousand years.

Astronomers around the world have been watching the star closely since October 2019, when the red supergiant began to dim sharply. By February 2020, its brightness was only 36% of the norm.

Scientists have suggested that the star is in the final stage of its evolution and will soon turn into a supernova. However, later the researchers found that the star simply “sneezed” – released a cloud of superhot plasma, which cooled and turned into dust, briefly obscuring the star.

But attention to the star revealed another fact. In a new study, published in The Astrophysical Journal, scientists have determined that Betelgeuse is in the early stages of burning helium in its core. When the core temperature reaches 100 million degrees, helium nuclei begin to collide, forming carbon nuclei, which is one of the stages before the collapse of the core and a supernova explosion. However, such an explosion will occur not earlier than in 100 thousand years.

Scientists were also able to refine the distance from the Earth to the star. It is less than previously thought, and is about 530 light years instead of 725. However, astronomers reassure: this is too far for the explosion to have a noticeable effect on our planet.