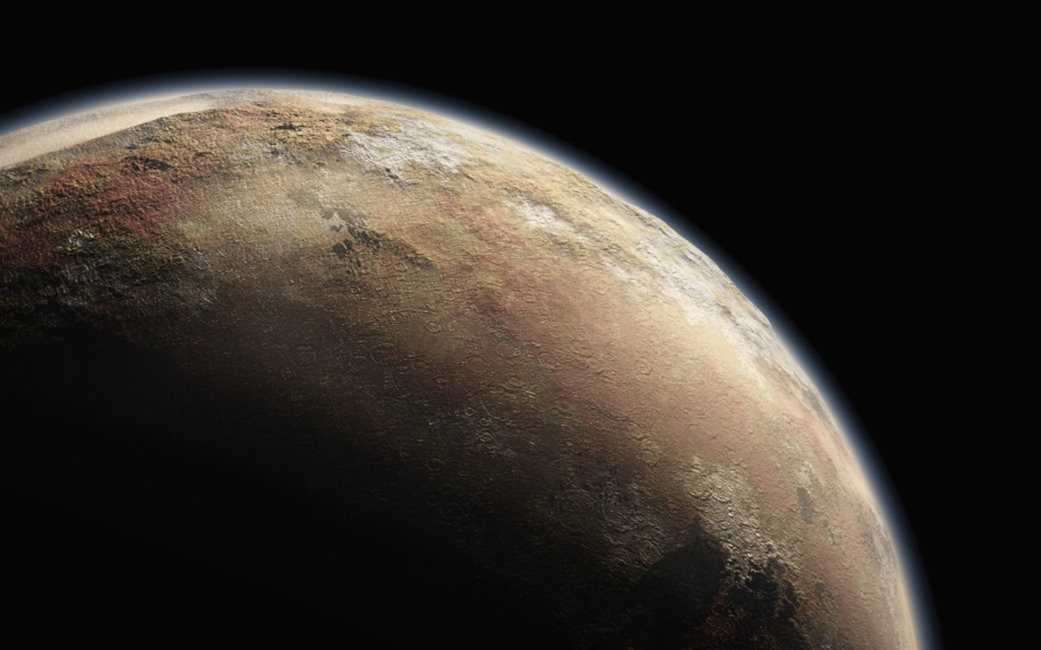 Scientists have found that Pluto radiates too much in x-rays. Existing models can not explain this, but there are no other explanations for now.

Once a proud planet, Pluto has long been excluded from this list and entered a much less grandiose group of dwarf objects, such as many in the distant Kuiper belt. However, he did not stop attracting the attention of specialists, and the data collected by the New Horizons probe flying past Pluto in 2015 brings more and more finds and riddles. So, recently American astronomers have discovered that a dwarf planet emits an unusually high level of X-ray radiation. Their article is accepted for publication by Icarus magazine, while its preprint is posted (PDF) on the online service ArXiv.

In general, the various bodies of the solar system can radiate in x-rays, this radiation arises from the interaction of solar wind particles with inert gases at their atmospheres – such as nitrogen or argon. X-ray is fixed in Venus and Mars, a number of comets. Theoretically, it was expected from Pluto. The same probe New Horizons showed that the fragile atmosphere of a dwarf planet strongly changes the size and density, depending on the local season. For 248 years, which Pluto requires for a full revolution around the Sun in its elongated orbit, the distance to the star changes almost twofold. The amount of weak radiation reaching the dwarf is also changing, causing that partial freezing, then the sublimation of atmospheric nitrogen and methane.

The perigee of the orbit, when the distance to the Sun is minimal and is about 4.4 billion kilometers, and the atmosphere is greatest, Pluto was held in September 1989. In 2015, during the visit of New Horizons, the summer was still in progress here, and the probe recorded atmospheric Nitrogen, methane and carbon dioxide. Therefore, the orbiting telescope Chandra conducted observations in search of X-rays, which could be expected from Pluto at this time. However, everything turned out to be not so simple.

The X-ray, which recorded the airborne spectrometer Chandra ACIS, was much more intense than scientists had expected. The small bodies of the solar system, which reflect X-ray photons of the Sun itself with small particles of nitrogen, carbon and oxygen, are so actively radiated. But the energy spectrum of the photons of Pluto is not suitable for this explanation, and so far the cause of the increased radiation intensity remains unknown.

The authors of the article even put forward a very unusual hypothesis about the possibility of the existence of some mechanism for “focusing” the solar wind, which enhances the flow of particles coming into the atmosphere of Pluto. However, scientists recognize that there is as yet no clear explanation for this.