Scientists confirmed the opening of the first exosatellite

In the solar system, there are eight large planets and about 200 of their satellites. Outside it is about 4,000 planets, but not one satellites: it’s too difficult to find them at such long distances. Passing along with the planet against the background of their star, they make a very weak contribution to the change in its brightness, moreover, they pass along a more complex trajectory and give a less clear signal. However, if the Solar System is not something exceptional in the Galaxy, then the number of exoluns should exceed the number of exoplanets by an order of magnitude – and sooner or later we will learn to observe them.

The first such example gives the exoplanet Kepler-1625 b: as early as 2017, data appeared to suspect the presence of a satellite. These observations were confirmed in the new work, the results of which are published in the journal Science Advances. Alex Teachey (Alex Teachey) and David Kipping (David Kipping) from Columbia University report on the detection of the exosatellite by the Hubble space telescope.

On October 28 and 29, 2017, scientists sent it to Kepler 1625 and observed it for 40 hours, including during the 19-hour transit of the planet against the background of a star. Following this period, one more stage of a weak decrease in the star brightness was revealed. In order for a to trace it to the end, astronomers did not have enough observational time, but this did not prevent us from associating this effect with the movement of the exosatellite flying behind the planet. In addition, the transit of the planet Kepler 1625 began much earlier than the estimated time, which apparently indicates the influence of the neighboring and rather large body on it. 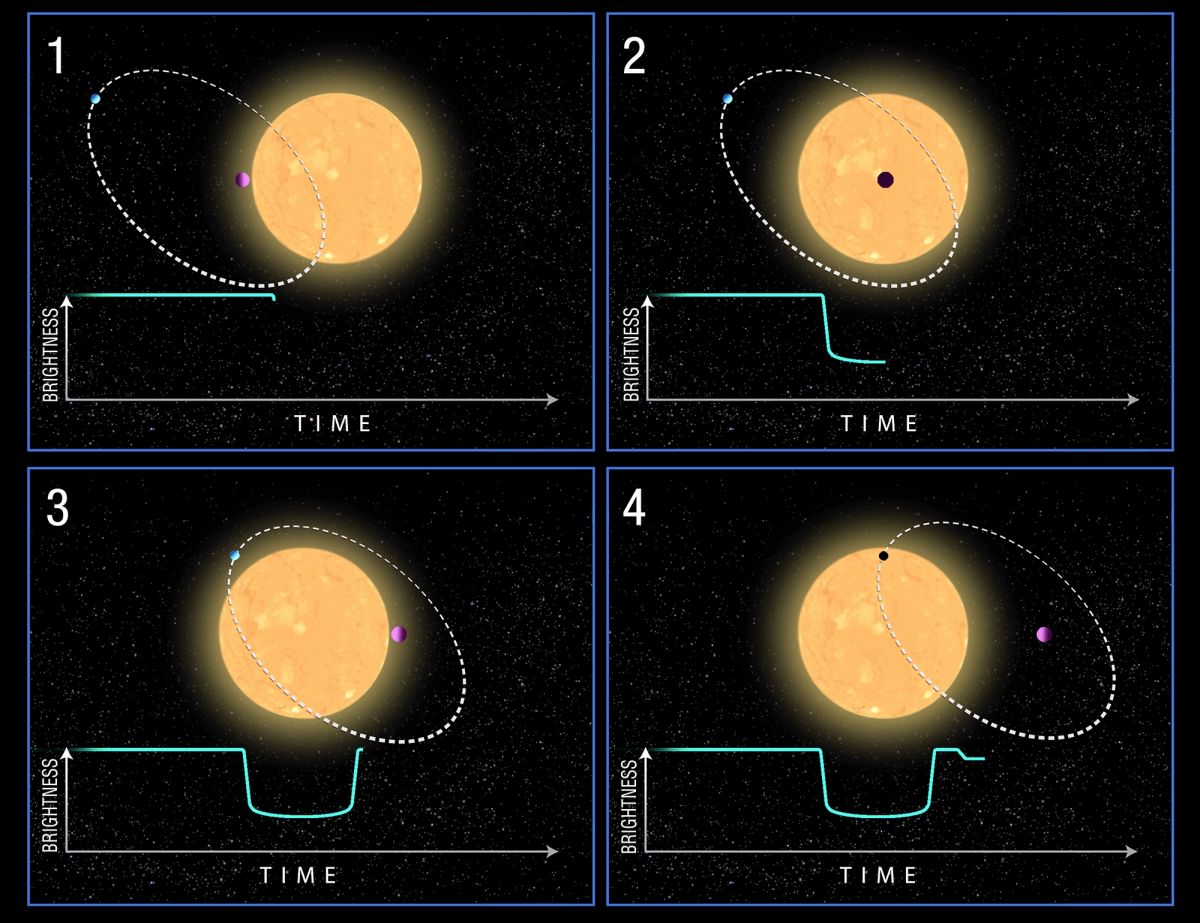 The transit of an exoplanet with a satellite in the background of a star changed its brightness, which was noticed by the sensitive Hubble telescope / © NASA, ESA, D. Kipping (Columbia University), and A. Feild (STScI)

All these data Tichy and Kipping are confidently associated with the presence of an ex-moon, called Kepler 1625b i, or Neptmoon: the size of the satellite is ten times larger than our entire planet and comparable to the size of Neptune. The planet itself is several times heavier than Jupiter, and the mass of its moon is 1.5% of the mass of the planet. These dimensions, by the way, make many experts still doubt the correct interpretation of observational data.

In fact, if you focus on the solar system, there are three possible scenarios for the emergence of a satellite: from matter thrown into orbit as a result of a collision between a planet and a celestial body, from an asteroid captured by gravity, or from matter left after the formation of a planet. So far it is difficult to imagine that any of these mechanisms could work in the case of a satellite of such impressive magnitude.