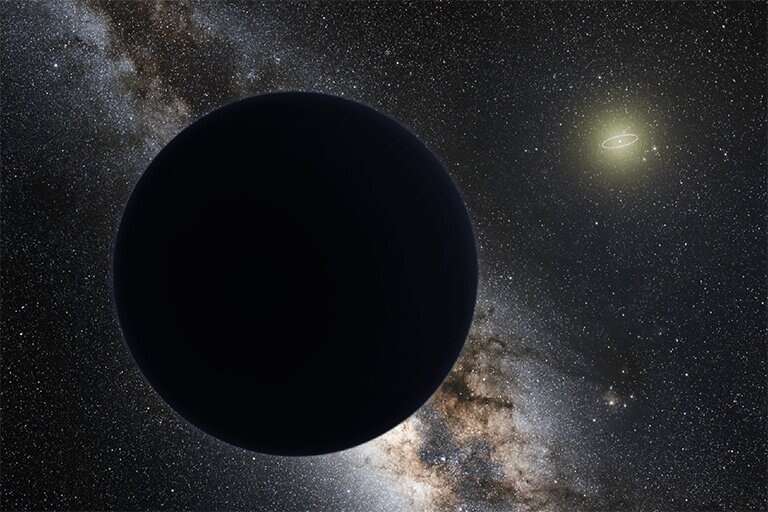 In a recent study published in the journal Earth and Planetary Astrophysics, an international team of researchers discusses various options for a mission to the hypothetical Planet 9. The researchers believe that sending a spacecraft to Planet 9 could provide scientific benefits similar to those brought by NASA’s New Horizons spacecraft. when he visited Pluto in 2015. But does this planet really exist?

“At the moment, I would say that there is an unusual cluster of extreme trans-Neptunian objects. We don’t know what causes this cluster, but Planet 9 appears to be a promising candidate,” said Dr. Manavsi Lingam, co-author of the study.

In order to get to Planet 9, the researchers offer several options for the mission. These include the Jupiter Gravity Assist system, which uses Jupiter’s or the Sun’s gravity well to accelerate the spacecraft, chemical rockets, nuclear thrusters, and laser sails. With the exception of laser sails, the time required for each method to reach Planet 9 is between 40 and 100 years. The researchers calculated that with the help of laser sails, the spacecraft could reach Planet 9 within 6.5 to 7 years.

“Laser sail technology is currently being developed by Breakthrough Starshot, a project I’m part of that has advanced the technology significantly over the past 6 years, including laboratory prototypes,” said Dr. Andrew Hine, co-author of the study. “While flight technology is conceptual at the moment, some of the technological building blocks already exist in the lab. The goal of the project is to launch a laser sail to another star. Development of a small scale version should be feasible within the next 10 to 15 years or so, on a budget that is less than that of a traditional space probe. This small scale version could be used to reach Planet 9 within a few years once it is developed. But once a laser emitter is created, such probes can be launched weekly at a cost hundreds of times cheaper than current probes.”

For now, Planet 9 remains a purely hypothetical member of the solar system. Would the time it takes to get there by conventional means prevent us from potentially visiting this object so far from the Sun?

“Although we believe that the minimum flight time will be 40-50 years (with the exception of laser sails), its duration should not scare us,” said Lingam. “The Voyager spacecraft has been operating for about the same amount of time and continues to provide a huge amount of data. The proposed mission to Planet 9 (if it exists) will not only change our understanding of the outer solar system, but may also allow us to study other targets along the way – for example, some maneuvers will bring us closer to Jupiter and the Sun, and these worlds can also be surveyed. .