Scientists could observe a magnetic bridge between galaxies 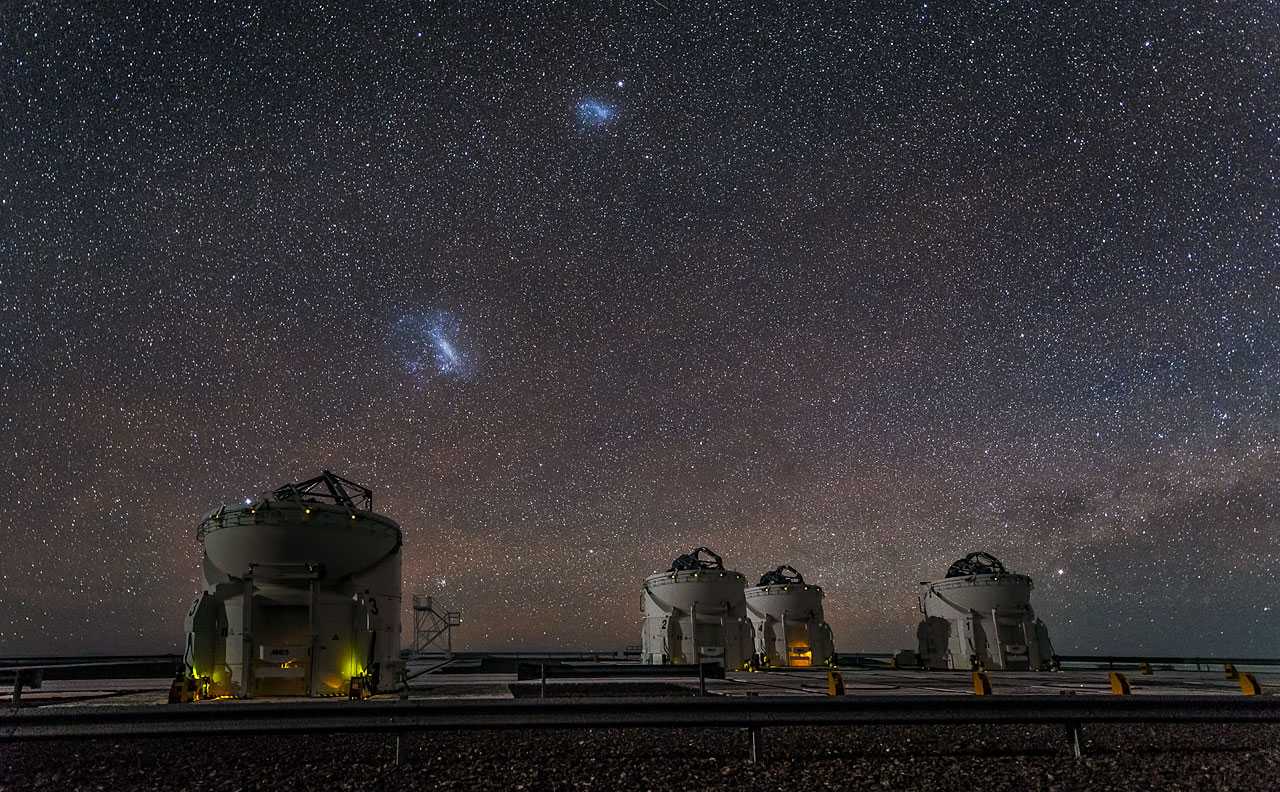 Small companions of the Milky Way, the Galaxy Big and Small Magellanic clouds, connects a long stream of neutral hydrogen. This Magellan Bridge lasted for about 75 thousand years, it was possible to notice even a few stars, and recently Jane Kazmarek (Jane Kaczmarek) and her colleagues from Sydney University for the first time discovered associated magnetic fields. They report this in an article published by Monthly Notices of the Royal Astronomical Society.

Until now, the existence of this magnetic field was known only from theory, and its origin is trying to explain the two competing hypotheses. According to one, this magnetic field formed within the very flow of hydrogen, on the other – it first formed a bridge between the galaxies, and only then the gas flow moved along it.

The Large and Small Magellanic Clouds are 160 and 200 thousand light-years from us, and the strength of the magnetic field of Magellan’s Bridge is only a millionth of the Earth’s magnetosphere – it is easy to understand how much jewelry work was required from scientists. They analyzed observations in the radio range in order to follow the influence of this magnetic field on the polarization of photons from hundreds of more distant galaxies and in this way, “by indirect evidence,” restore its appearance.

The authors hope that this work will help to clarify the nature and origin of the Magellan Bridge, as well as its role in the evolution of both galaxies. These jumpers are by no means a rarity in close clusters such as ours. Even the Milky Way connects with the Magellanic clouds with a separate structure – the Magellanic Stream. It remains to understand how it affects the Galaxy.