Scientists decoded a message is composed in Morse code on Mars 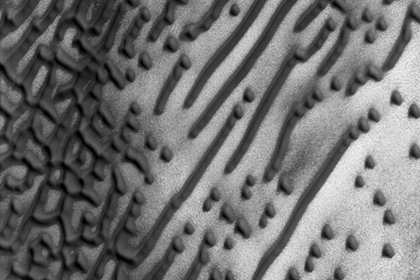 Among the Sands of Mars, NASA experts saw some of the dunes, reminiscent of the inscription on the Morse code. This is the website of the HiRISE camera, which is installed on the automatic interplanetary station Mars Reconnaissance Orbiter photographed the surface of the red planet in the near-infrared range and visible light. 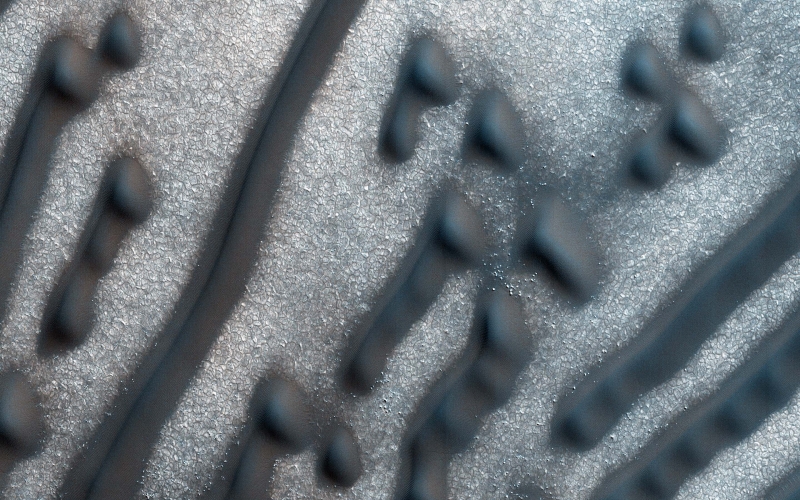 Working with HiRISE a planetary scientist Veronica Bray has deciphered the inscription from a picture according to RIA Novosti. The resulting text is as follows: “NEE NED ZB 6TNN DEIDEDH SIEFI EBEEE SSIEI ESEE SEEE!!“. 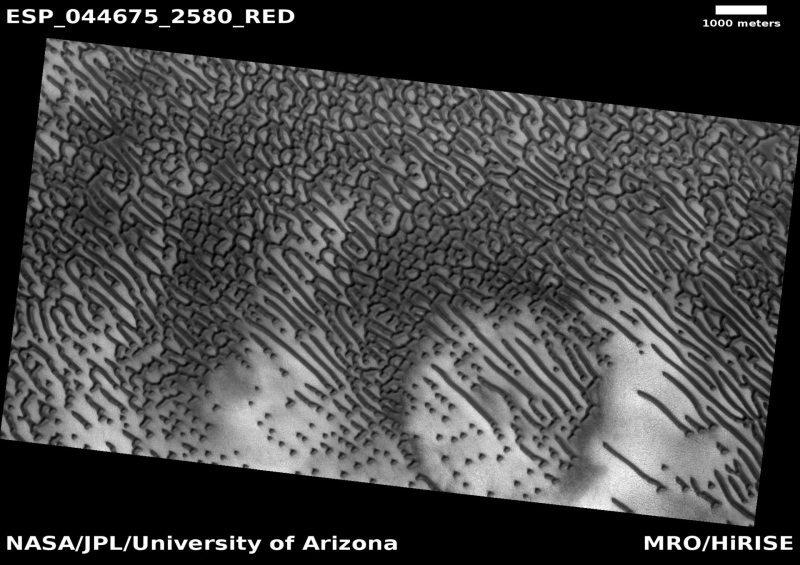 As it is noted that the “dot” and “dash” on the surface of Mars discovered and before, however, located just South of the North pole dune Hagal these signs are manifested especially clearly and vividly. 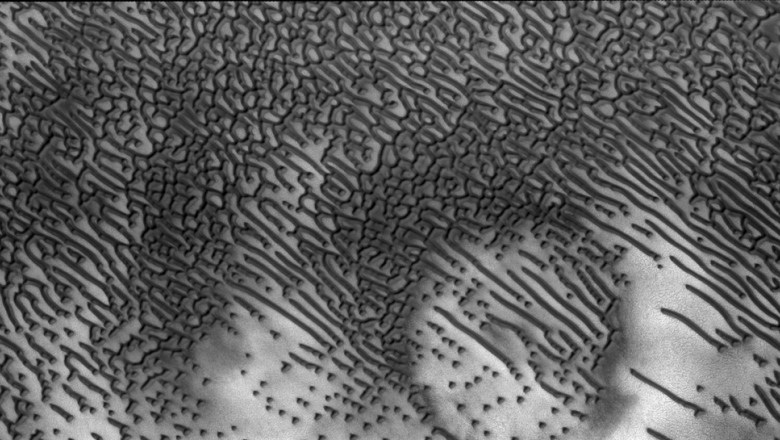 On indeed, scientists explain the nature of the formation of a dash of impacts on Sands bidirectional air flow. And points occur in the the moment when the process of drawing lines for yet an unknown reason interrupted.