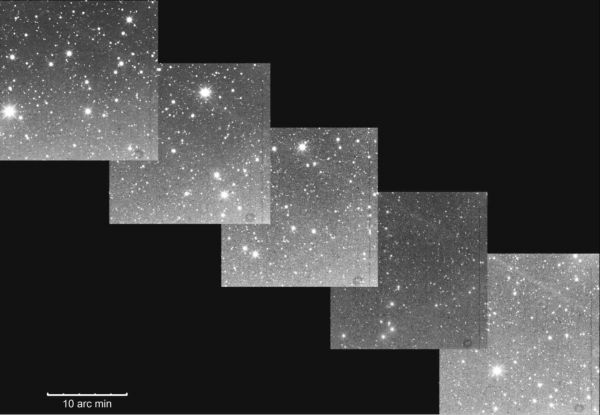 Scientists from the Ural Federal University (UrFU, Yekaterinburg), together with colleagues from Russia, Finland and Canada, have discovered an unusual shape of the 17P/Holmes comet trail, the press service of the university reports.

“The authors of the study for the first time found that the shape of an hourglass has a set of orbits ejected by a flash of comet particles,” the report says.

A description of the trail is published in the Monthly Notices of the Royal Astronomical Society.

“A huge amount of particles that were ejected from the comet during the outbreak spread in elliptical orbits around the Sun. This provides a unique opportunity to study cometary material and its dispersion in interplanetary space,” the press service of the head of the academic project, assistant professor at the University of Helsinki, senior researcher of the Finnish Institute of Geospatial Research and Ural Federal University Maria Gritsevich.

The results of the study allow scientists to predict the location and behavior of the comet’s dust trail. Also, the studies carried out will help in the next similar event to carry out calculations or predict the fallout and intensity of meteor showers.

The study was supported by the Academy of Finland. Scientists will continue to study the comet to determine the reasons for the increase in its brightness, as well as to establish the strength of the influence on the particles of factors.

UrFU clarified that comet 17P was discovered during an outburst on November 6, 1892 by the English astronomer Edwin Holmes. Another powerful outbreak lasting about three hours occurred in October 2007.

“The ejection of particles that followed the flare turned out to be the largest astronomical observation ever recorded. Due to the multiple increase in the size of the surface that reflects sunlight, the brightness of the comet increased by 1 million times. The comet temporarily became the most visible object in the celestial sphere for earthlings,” the comet says. in the message of the university.