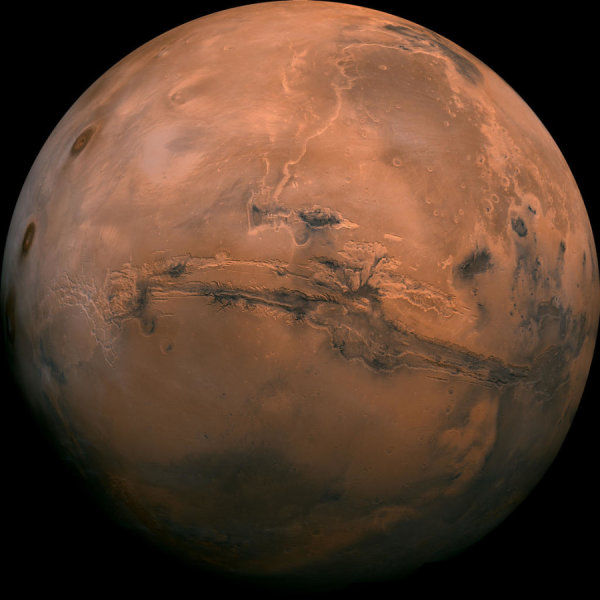 A team of researchers led by Dr. Lorna Dougan from the University of Lida, UK, analyzed the water structure in a solution of magnesium perchlorate – the so-called “mimetic Martin water” – in order to better understand the possibility of the existence of water in a liquid form on surface of Mars.

Samples of Martian soil collected with Phoenix landing gear (Phoenix) in 2009 revealed the presence of calcium and powerful oxidants, including magnesium perchlorate. This gave rise to the assumption that the flow of perchlorate solutions could cause the appearance of channels and other formations on the surface of Mars that bear signs of liquid erosion.

After conducting a series of experiments in the Oxford laboratory ISIS, and also constructing a computer model of the “simulator of Martian water,” the team Dugan was able to better understand the structure of water in a solution of perchlorates.

The results of this analysis show that the content of magnesium perchlorate in solution has a large effect on the water structure. The effect of perchlorate ion is equivalent to applying a pressure of 2 billion pascal or more to liquid water. The team observed how the partial segregation of ions in the water occurred, and believes that, most likely, this effect protects water from freezing.

“This raises a number of interesting considerations about the possibility of the existence of life on Mars. If the water on Mars is similar in structure to the water under increased pressure, then, perhaps, we should look for organisms adapted to existence under extreme high pressures, such as bacteria-piezophiles, living in the depths of the seas on the Earth, “explained Dougan.