Scientists explain why asteroids are exploding in the Earth’s atmosphere 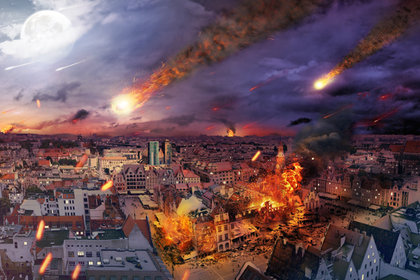 American scientists have found the cause by which the cosmic bodies that fly up to Earth are exploding. The study is published in the journal Meteoritics & Planetary Science, according to Purdue University (USA).

“There is a large gradient between air with high pressure in front of a meteoroid and a vacuum behind it,” says co-author Jay Milosh. “If the air penetrates the pores of the meteoroid, it tears it apart from the inside.”

Experts came to similar conclusions modeling the occurrence of an asteroid in the Earth’s atmosphere and its fall to the surface of the planet. According to scientists, the air envelope is the best protection of the planet from celestial bodies.

As a model example of a natural phenomenon, the authors used data on the Chelyabinsk meteorite. It is a fragment of an asteroid, which on February 15, 2013 at approximately 07:10 Moscow time entered the Earth’s atmosphere. The cosmic body exploded at an altitude of 50 kilometers. When entering the atmosphere, the meteoroid had a mass of about 10,000 tons, but the surface of the planet reached only a fifth of it.