Scientists find out the source of flows on Mars 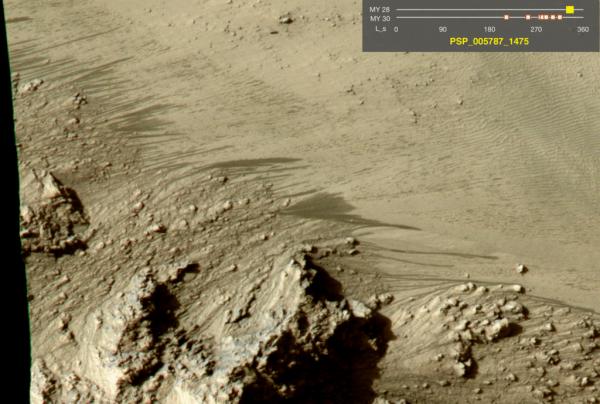 Scientists from the American Geological Survey suggested that there could not be water on Mars. And the dark surface features, previously considered as evidence of groundwater flows, can be interpreted as the result of dry, granular flows.

The dark stripes found on some Martian slopes are probably the result of repeated avalanches of sand and dust.

Colin Dundas, the lead author of the study, reports that scientists have come to the above conclusions about Mars on the basis of laboratory experiments. Naturally, they can be erroneous, but they also have a right to exist.

In order to form traces similar to furrows from water flows, one only needs to have a steep slope and a large amount of solid granular dust and sand granules. Researchers insist that the traces of the furrows in both cases will be almost identical and may well be confusing.