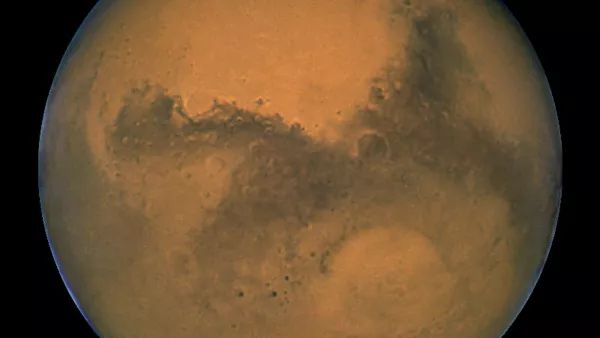 Scientists have received the first data on wind circulation in the atmosphere of Mars. The results are based on direct measurements made by the MAVEN spacecraft. The study is described in the journal Science.

The American artificial satellite for the study of the atmosphere of Mars MAVEN (Mars Atmosphere and Volatile EvolutioN) has been working on the Red Planet since September 2014. Moving in an elliptical orbit, it periodically enters the upper atmosphere, analyzing its composition and physical parameters.

In 2016, Mehdi Benna, a planetary scientist from the NASA Goddard Space Flight Center, invited colleagues from the MAVEN project to conduct a unique experiment. The idea was to remotely reprogram the spacecraft itself and the NGIMS gas and ion mass spectrometer located on its board so that it could collect data on atmospheric circulation.

In order to assess the complexity of the task, it is enough to say that even in the upper atmosphere of the Earth such measurements have not yet been carried out. Scientists joke that they “decided to start from Mars.”

In order to measure atmospheric circulation parameters, usually the stationary parts of the apparatus should, upon entering the atmosphere, begin to sway back and forth fast enough like automobile wipers.

Lockheed Martin, the manufacturer of the spacecraft, has confirmed that such modifications are possible without damaging the satellite. The reprogramming was successful, and for two years, from 2016 to 2018, MAVEN regularly collected data on the motion of the atmospheric masses of Mars at an altitude of 120 to 300 kilometers above its surface two days a month.

“This is an example of a smart reengineering of a spacecraft in flight,” Benn said in a press release. “As a result, the ship and the instrument located on it did not quite do what they were intended for, but we were able to measure wind parameters.”

Basically, the results fit into the existing theoretical models, but there were surprises. It turned out that against the background of a generally stable and stable circulation in the upper atmosphere of Mars, it has a high short-term variability.

“What we observed is broadly consistent with what could be predicted from the models,” says Benna. “Physics works. But at every point, the direction of the wind is constantly changing.”

The second surprise was that at an altitude of hundreds of kilometers above the surface, air masses still envelop the relief, repeating the contours of mountains, canyons and pools.

As Benna explains, “when the air mass flows around these elements, it creates wave effects that rise to the upper layers of the atmosphere and can be detected by instruments. On Earth, we see the same waves, but not at such high altitudes.”

Scientists have two explanations why these so-called “orthogonal waves” on Mars have remained unchanged for so long. On the one hand, its atmosphere is more rarefied than on Earth, so the waves in it propagate further. On the other hand, on Mars, where the height of the mountains reaches 20 kilometers, there is a much greater difference in height.

The authors hope that further observations and analysis of the results will allow them to ultimately create a climate model of Mars.