Scientists first observed a supernova explosion inside another star 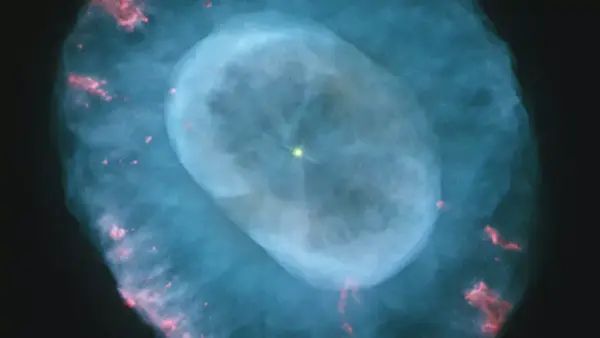 Astronomers have recorded an unusual supernova explosion a hundred million light-years from Earth. A detailed study showed that not one, but two stars participated in this event. The results of the study are published in The Astrophysical Journal.

The supernova LSQ14fmg in question is of type Ia. Despite the fact that supernovae of this type are not that rare, until now scientists have known very little about their origin, other than the fact that they are the result of a thermonuclear explosion of white dwarfs that are part of binary star systems.

However, they are so powerful that their products form entire galaxies, and so bright that they can be observed from Earth, even if they are billions of light-years away. In addition, the study of type Ia supernovae led at one time to the discovery of dark energy, which, according to scientists, is responsible for the accelerated expansion of the universe.

Scientists working at the observatories of Las Campanas in Chile and Roque de los Muchachos in the Canary Islands noticed immediately after the explosion that LSQ14fmg was not similar in its characteristics to other supernovae. Despite this, it was one of the brightest explosions in its class, increasing in brightness extremely slowly compared to other Type Ia objects.

Typically, supernova Ia brightens and then falls over several weeks as the radioactive nickel from the explosion first spreads through space and then decays into cobalt and iron.

But the researchers saw that the release of a large amount of LSQ14fmg light was associated not only with the decay of nickel, but also with an impact interaction with some kind of outer shell, in which the formation of carbon monoxide occurred.

They theorized that the supernova exploded inside what used to be an Asymptotic Giant Branch (AGB) star, on its way to becoming a planetary nebula. Theoretical calculations have confirmed the hypothesis of scientists.

The authors believe that the exploded white dwarf first orbited the star AGB, which gradually lost its mass due to the stellar wind. When the loss of mass abruptly stopped, a material shell formed around the star – a ring of matter, from which a planetary nebula could eventually form. A wave of thermonuclear explosion of a white dwarf hit this shell, which led to an additional slow amplification of light, which astronomers observed.

“This is the first confirmed evidence that a Type Ia supernova can explode in the post-AGB, or protoplanetary nebulae, and is an important step in understanding the origin of this type of supernova,” said research director, associate professor of physics Eric, in a Florida State University press release. Eric Hsiao “Such supernovae are especially difficult to observe because they can be confused with the regular supernovae we use to study dark energy. But they give us a better understanding of the possible origin of Type Ia supernovae.”

Scientists note that, in fact, the supernova explosion LSQ14fmg was the merger of the core of the star AGB and a white dwarf orbiting inside it.