Scientists first studied a meteorite born in a Martian volcano 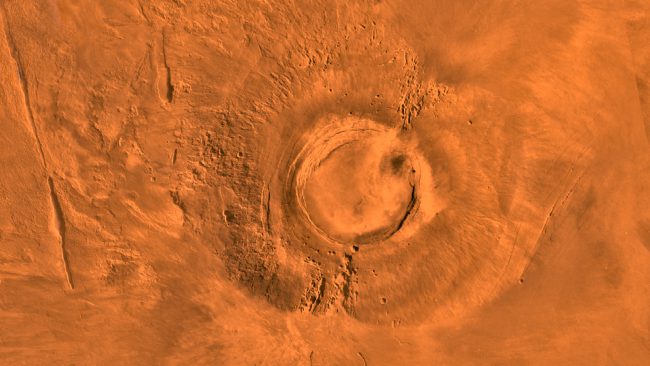 Today, it is well known that Mars is a cold, dry and geologically dead planet. But billions of years ago, when she was young, her atmosphere was denser, and the surface was liquid water. Millions of years ago, the planet also had a certain volcanic activity, which allowed the formation of massive faults and mountains – like Mount Olympus, the largest volcano in the solar system.

Until recently, scientists believed that the Martian volcanic activity is controlled by sources other than a tectonic movement that the planet had not had for billions of years. But after studying the samples of the Martian breed, a team of scientists from the United Kingdom and the United States came to the conclusion that in the past, Mars was even more volcanic than thought before.

Their study, led by Benjamin Cohen from the SUERC Center, was published in Nature Communications. Scientists have analyzed the volcanic past of Mars, using samples of Martian meteorites. 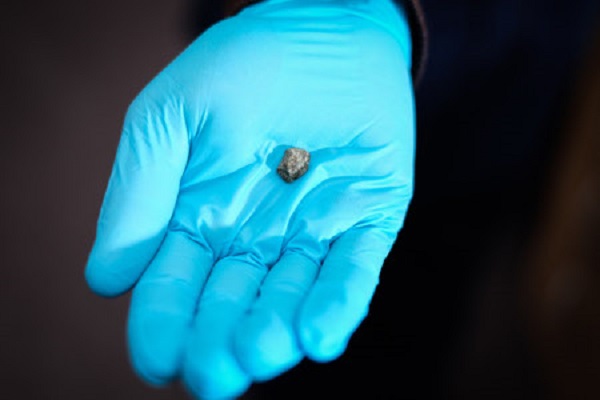 On Earth, most of the volcanic processes occur as a result of plate tectonics, which, in turn, is provided by convection in the mantle of the Earth. But on Mars, most of the volcanic activity is the result of mantle plumes, which are highly localized upwelling magma rising from the depths of the mantle. This is due to the fact that the surface of Mars remained still and cool during the last several billion years.

Because of this, the Martian volcanoes (although morphologically similar to the shield volcanoes of the Earth) have grown to much larger sizes than their terrestrial counterparts. For example, Mount Olympus is not only the largest shield volcano on Mars, but also in the solar system. The highest mountain on Earth – Everest – with a height of 8,848 meters, and Mount Olympus – almost three times higher, 22 kilometers.

For the sake of his research, Dr. Cohen and his colleagues used radioscopic dating methods, which are commonly used to determine the age and rate of volcanic eruptions on Earth. However, such methods have not previously been used to evaluate shield volcanoes on Mars. As a result, a study of a group of Martian samples of a meteorite was the first detailed analysis of the growth rates of Martian volcanoes.

As Dr. Cohen explained in a press release from the University of Glasgow:

“From previous studies, we know that meteorite-nakhlites are volcanic rocks, and the development of dating techniques in recent years has made nahlit ideal candidates who will help us learn more about the volcanoes on Mars.”

The first step was to demonstrate that the rock samples were indeed Martian in origin, and this team was able to confirm by measuring their impact on cosmogenic radiation. It turned out that the rocks were thrown from the surface of Mars 11 million years ago, most likely, as a result of impact on the surface of the planet. And then they applied a high-precision radioscopic dating technique known as 40Ar / 39Ar.

The mass spectrometer allows us to determine how much argon has accumulated in the samples – it is the result of the natural radioactive decay of potassium. The results of the analysis showed that the volcanic history of Mars went completely different than the earth’s.

“It turned out that the nakhlites formed in at least four eruptions for 90 million years. This is a fairly long period for the volcano and much longer than usually live terrestrial volcanoes, which are usually active for several million years. And these are just scratches on the surface of the volcano, since very small amounts of rock were thrown out of the impact crater. The volcano had to act much longer. ” 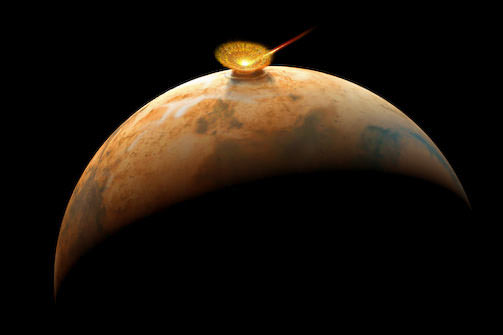 In addition to this, scientists were able to narrow the list of volcanoes, from which these samples appeared. Previous studies conducted by NASA showed several candidates for a possible source of nahlita. However, only one of the sites corresponded to their results in terms of the age of volcanic eruptions and impact, which could throw samples into space.

Specifically, this crater (currently unnamed) is located in the volcanic plains of Elysium Planitia, about 900 kilometers from the top of the volcano Elysium Mons, 12.6 kilometers high. It is also located in 2000 kilometers to the north of the place where the rover “Curiosity” is now located. At NASA’s disposal, therefore, there are amazingly detailed satellite images of this particular crater. 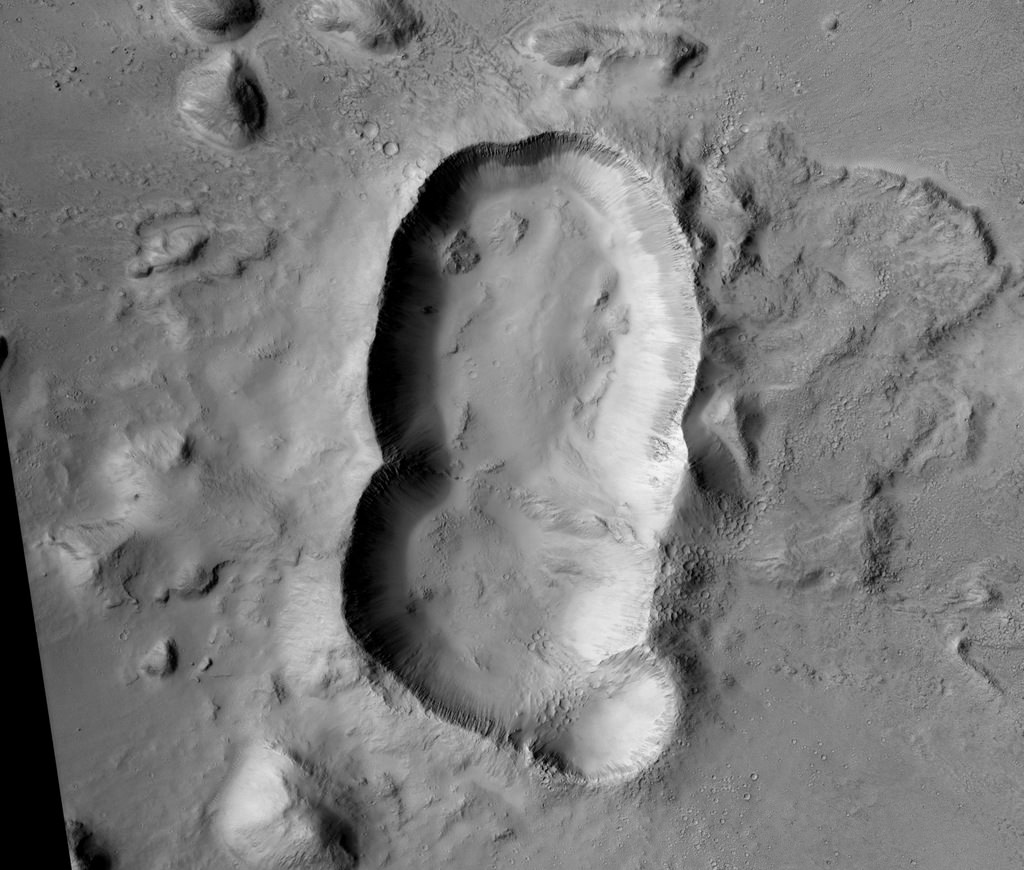 “It has a width of 6.5 kilometers and retained emissions of debris. We were able to see several horizontal strips on the walls of the crater, which indicated the formation of rock layers, each layer being interpreted as a separate lava flow. The study provided us with a clear picture of the history of Nakhlite meteorites and, in turn, the largest volcanoes in the solar system. ”

In the future, when manned crews leave for Mars, we will clarify this picture even more. Considering that Mars, like the Earth, is a terrestrial-type planet, understanding its geological history will ultimately improve our understanding of how solid planets of the solar system have formed.