Scientists for the first time managed to weigh “dark” matter 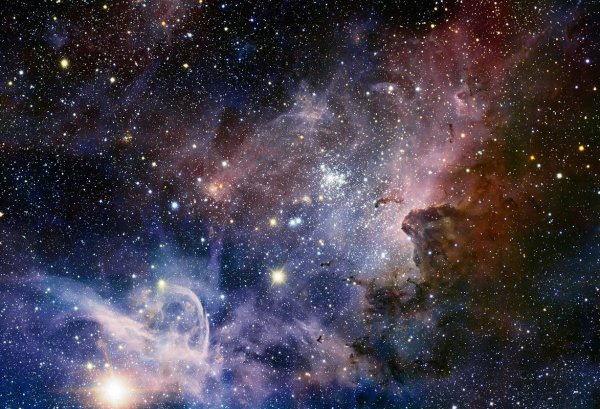 Scientists have progressed in studying of “dark” matter, now they know how many her basic element – аксион weighs. Aksion in 10 billion times is easier than an electron that makes from 50 to 1500 микроэлектроновольт.

The exact quantity of aksion in “dark” matter didn’t manage to be established, but scientists assume that one cubic centimeter of the Universe contains in itself 10 million aksion. As for the Milky Way, the quantity on his cubic centimeter makes one trillion these elements.

This research can be useful to further studying of “dark” matter. As is well-known the scientist, “dark” matter isn’t visible to an eye, but her presence has been already proved, the basic element is studied in 1977.

“Dark” matter makes 85 percent of all Universe. Her particles can’t make, absorb or reflect light therefore her nature is so interesting to mankind. The bulk of “dark matter” renders gravitational effect. Now also the approximate mass of this element became known to the German scientists that, undoubtedly, it is possible to consider great scientific achievement.