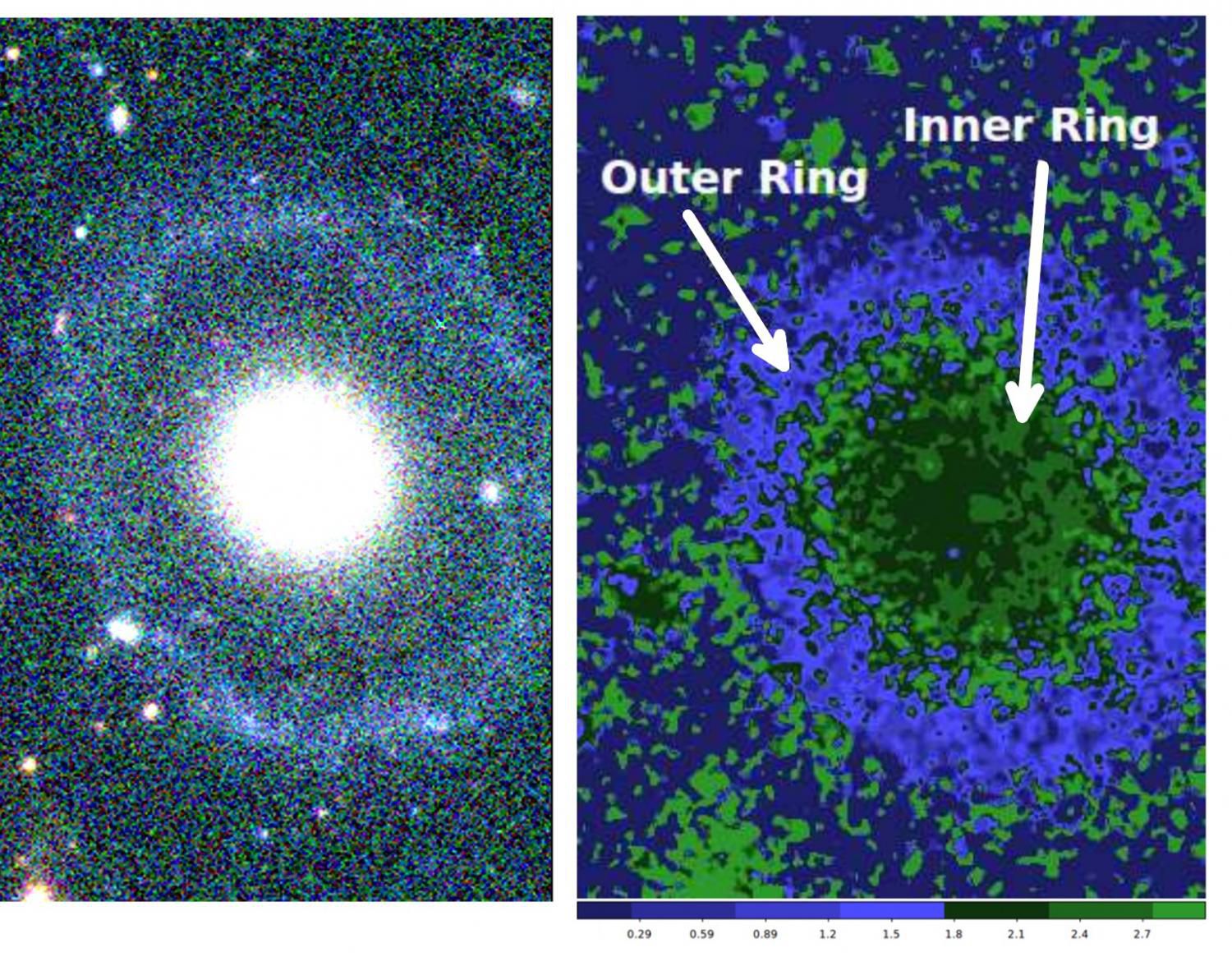 Apart about 359 million light years from Earth are a galaxy with the harmless name PGC 1000714 which is not similar to one galaxy before observed by astronomers. The description well-known to astronomers of the elliptic core however surrounded with two rings of the exact form – a galaxy which, seemingly, belongs to an infrequent class of galaxies, a so-called class of Hoga is for the first time provided in a new research.

“Less than 0,1 percent of galaxies, available to observations, fall into to a class of Hoga”, – Burcin Mutlu-Pakdil, the chief author of new work and the graduate student of Institute of an astrophysics of the Minnesota university told. Galaxies of Hoga include the round core surrounded with the exact ring, at the same time between a core and a ring there are no large crossing points.

Researchers observed this galaxy in the multiwave mode and could define an age of the blue and young external ring (0,13 billion years) surrounding red and more aged (5,5 billion years) the central core, however during observations with surprise found one more, second internal ring around this central body. This red diffuse ring is absolutely unrepresentative for galaxies of this kind; its age appeared much more, in comparison with an age of a young external ring.

According to a working hypothesis, the offered Mutlu-Pakdil’s command, the young external ring which can represent oddments of the absorbed dwarf galaxy once rich with gas could generate morphological anomaly of a galaxy of PGC 1000714. Studying of evolution of more aged, internal ring will require observation data in a high-res Infrared range, researchers explained.