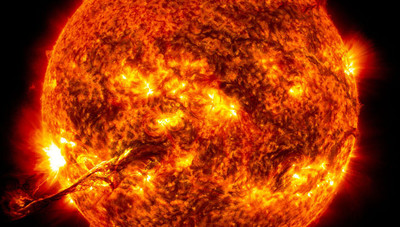 Scientists for the first time received direct and unambiguous observational data on the ejection of the coronal mass from another star. Unique observations will help to better understand what causes stars to throw huge clouds of plasma, and determine which luminaries pose a danger to the possible population of their own planets. The achievement was reported by a group led by Costanza Argiroffi at the Cool Stars 20 conference held in Massachusetts, USA, from July 29 to August 3, 2018.

“Vesti.Nauka” (nauka.vesti.ru) described in detail about the emissions of the coronal mass (CME). Briefly recall that these are huge clouds of plasma, which are thrown out from time to time by the Sun. When such an ejection covers the Earth, a so-called magnetic storm may occur.

Astronomers have many questions to this phenomenon. For example, the mechanism of its connection with solar flares is unclear. Observers found that powerful flashes, as a rule, are accompanied by CME, but what is the cause, and what is the consequence? This is unknown. The research data differ from each other.

One could try to understand the matter by looking at the lives of other luminaries, but astronomers observed flares on other stars repeatedly, but nobody could directly detect the coronal discharge. Meanwhile, specialists are very interested in learning what properties CME other stars have, including much more active ones? Are they similar to solar ones? Perhaps, some of these secrets will be solved when statistics on different luminaries are typed? 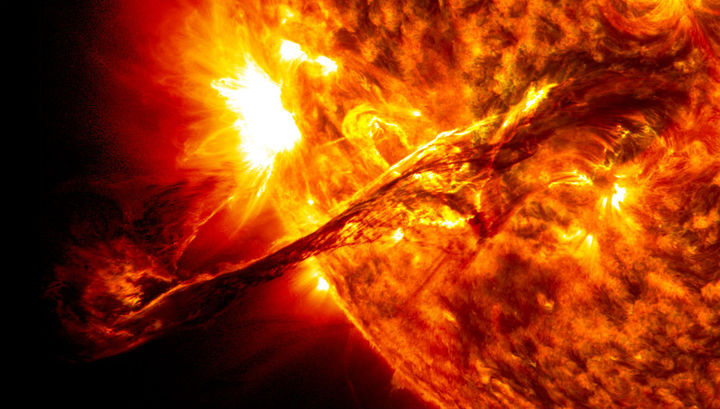 As the Phys.org resource specifies, the group Argyroffi processed archival data of ten years ago, collected by the X-ray observatory Chandra. Scientists came across a strange image of the star HR 9024, located about 450 light years from Earth. This luminary is three times larger than the Sun by mass, and the flashes observed on it are tens of thousands of times stronger than solar flares.

The spectrum showed an obvious shift in the lines due to the Doppler effect, which made it possible to calculate the velocity and direction of motion of the substance. As a result, experts identified the ascending and descending movement of the plasma in the coronal loop. It is noteworthy that it was fully consistent with the models of such loops obtained for the Sun.

In addition, astronomers for the first time saw obvious signs of coronal ejection. The researchers even estimated its mass (about a hundred trillion tons) and kinetic energy (1034 ergs). “Spitting” HR 9024 turned out to be hundreds of thousands of times heavier than typical solar. This information is important to understand what the CMEs are and how they are generated.

The opening has one more aspect. Powerful emissions from the corona of a particular star threaten life on its planets (if, of course, it is there). Therefore, the study of CME other luminaries is important in light of the search for inhabited worlds.