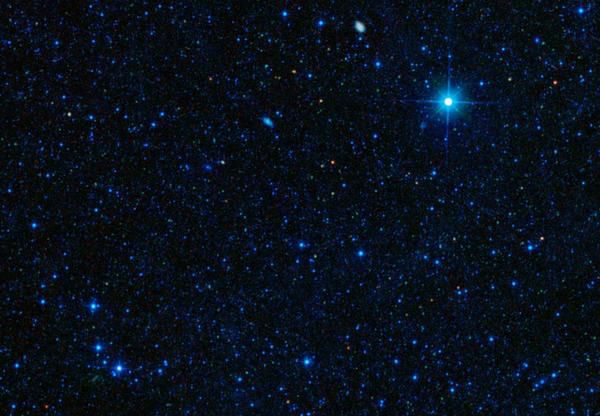 If you are a fan of large numbers that do not really carry a lot of information about our world, then you will surely like the number that astrophysicist Marco Ajello from Clemson University, USA calculated – 4 * 10 ^ 84.

This number reflects the total number of photons that were able to leave the stars and the surrounding dust to enter outer space throughout the history of the Universe. It is interesting to note that a recent estimate of the total number of atoms in the Universe gave a number several orders of magnitude less than the figure given in the work of Ahello.

The ability to calculate this incomprehensibly gigantic number appeared from Ahello and his colleagues as a result of a new study. This study made it possible to back up with new evidence previously developed models that predict the speed of star formation in the Universe, using the information contained in this starlight – formally known as “extragalactic background light.”

Extragalactic background light is, by definition, a part of the infrared, optical and ultraviolet radiation produced by stars, which went into space, avoiding collisions with the dust surrounding these stars. “Essentially, it’s the light of the stars that fills the whole space,” said Ahello.

To calculate the amount of this light, Ahello used a method based on the interaction of photons of extragalactic background light with high-energy photons of light emitted by blazars — galaxies emitting powerful concentrated high-energy radiation directed toward the Earth. After examining a large number of blazars – 739 objects – located at different distances from the Earth, the team was able to calculate changes in the extragalactic background light over time.