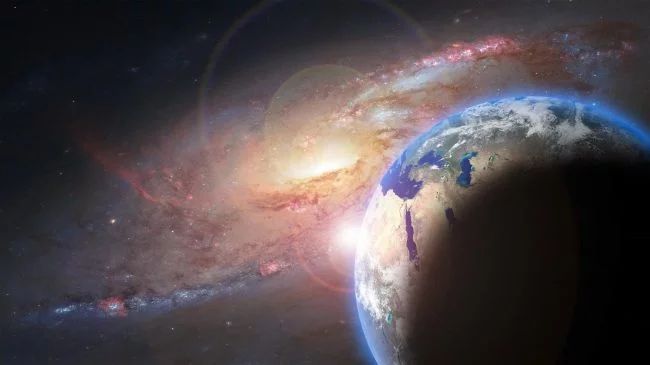 A new study by scientists from the Australian National University (ANU) can help us understand how our planet was formed. Associate Professor Hrvoe Tkalcic and Ph.D. Than-Son Pham are confident that they have proven that the inner core of the Earth is solid. They have found a way to detect shear waves (J-waves) in the inner core – such waves can only travel through solid objects.

“We found that the inner core is actually solid, but at the same time softer than previously thought,” says Tkalcic.

“If it turns out that our results are correct, the inner core will have some elastic properties that resemble the properties of gold and platinum. The inner core is a time capsule. If we understand it, we will understand how the planet was formed and evolved. ”

What is in the center of the earth?
Internal shear waves are so small and weak that they cannot be observed directly. Their discovery is considered to be the “Holy Grail” of world seismology, because scientists first predicted the presence of a solid inner core as early as the 1930s or 1940s of the last century.

Therefore you have to be inventive to find them.

Their correlated wavefield method looks for similarities between signals from two receivers after a large earthquake, and not from direct wave arrivals. A similar technique was used to measure the thickness of ice in Antarctica.

“We discard the first three hours of the seismogram and look at what is happening between three and ten hours after the earthquake. We want to get rid of the big signals. Using a global network of stations, we take every single pair of receivers and every single large earthquake — a lot of combinations — and measure the similarities between seismograms. This is a cross-correlation, or measurement of similarity. On these similarities we create a global correlogram – a cast of the earth. ”

The results of scientists showed that the inner core of the Earth – the very center of the planet – is really solid, but many variables are still unknown – for example, temperature.