Scientists have confirmed the discovery of the nearest Exo-Earth 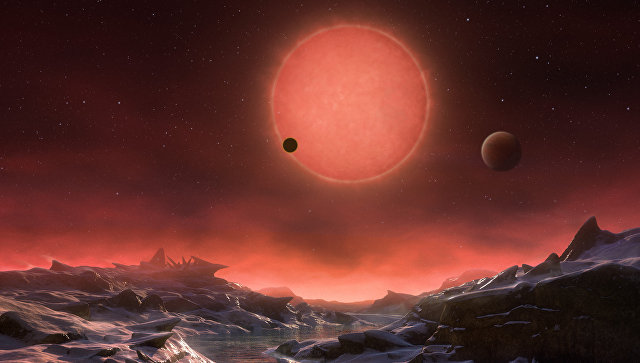 Opened in may of this year, TRAPPIST exoplanet-1d, is similar in size to Earth and located in the area of life that really exists, as indicated by ground telescopes, said in an article published in the journal Astrophysical Journal Letters.

We found no other stars in the vicinity of the TRAPPIST system-1, which suggests that it revolves around a family of small planets. Thanks to the tools of the Gemini telescope, we could see the star more clearly than we can see mercury with other devices in the Sun — said Steven Howell Steven Howell) of the Research center of NASA Ames in Moffett field (USA).

In may this year astronomers from MIT announced the discovery of a very unusual star system in the neighborhood of the Earth – TRAPPIST-1 remote from us only 40 light-years towards the constellation of Aquarius. All three planets orbiting this red dwarf star, are inside the so-called zone of life, where water can exist in liquid form, and presumably have a mass comparable to earth’s.

Later, scientists studied a range of rays of the star TRAPPIST-1, passed through their aerial shell on the way to the Ground, and found that they represent a rocky planet like our own, and found hints of the presence of water, oxygen and carbon dioxide in their atmosphere. However, not all astronomers were convinced in the existence of these planets, stating that the periodic decrease in brightness of the star, which they had discovered, could be generated by the invisible light for us-companion TRAPPIST-1.

Howell and his colleagues checked out whether it really is watching TRAPPIST-1 using the DSSI in the structure of the Gemini telescope in Chile, which allows us to find even very faint stars and lights near the brighter of the stars due to the cleaning image noise arising due to the presence of the Earth’s atmosphere.

Monitoring TRAPPIST-1 showed that the star has no other companions of stellar mass, even the dull and inconspicuous, such as brown dwarfs. This means that today the closest analogue of the Earth, TRAPPIST-1d and two other planets very similar to ours in size and potential properties that actually exist.